Maybe, perhaps, could be.

There is a strip here, it's just underneath this text to give you guys a chance to decide if you want to risk being spoiled. In my opinion we've presented nothing but fan speculation and as such the strip is a perfectly safe read. But it wouldn't be the first time we've managed to hit the nail on the head completely by accident as a community.

Let's just say that it involves the casting of the Anniversary episode. Someone not unfamiliar to being cast in genre media. Someone who may, or may not, be dressed in some familiar clothes and a very familiar coat.

Anyway, the strip is just underneath. Make your mind up and I'll talk to you again in a moment... 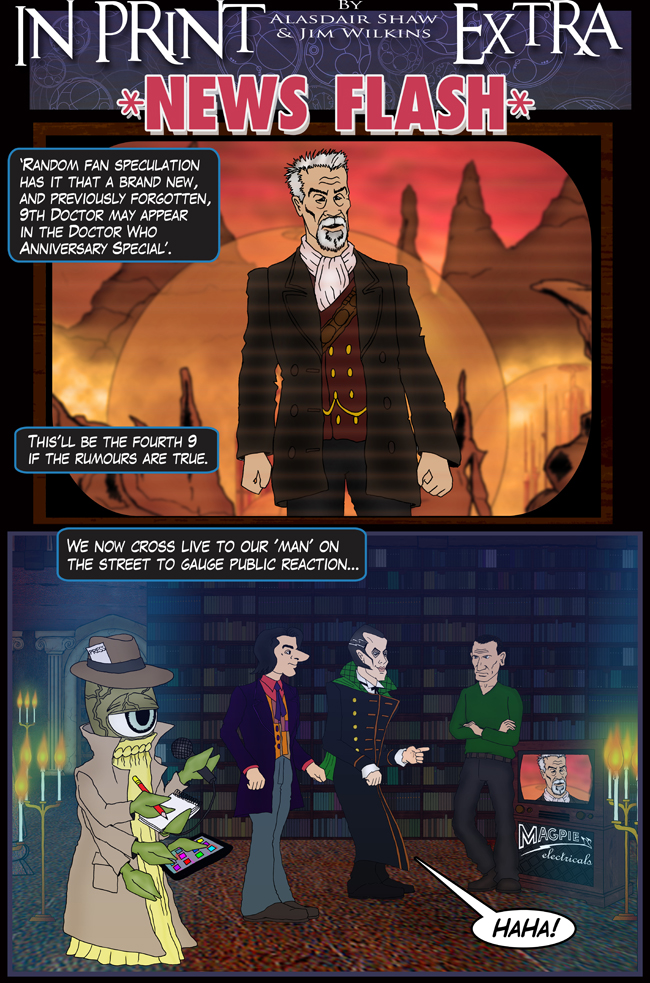 And there you have it; possibly the first bit of fan art of John Hurt as the new 9th Doctor. Or 8 and a half Doctor. Or something like that.

I personally think that Jim has knocked this one out of the park. In fact I have the initial sketch he did for this strip and if I ever get my own office then it'll be getting hung up there. It'd be a hell of a shame if John Hurt wasn't the Doctor now. 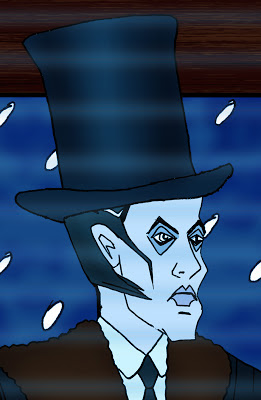 Maybe we'll find out tonight if he is. Who knows? Apart from the handful of Americans who recieved an advance copy of the DVD, I've kept out of their way though. I'll find out once my kids have gone to bed, much like I did for 'Nightmare in Silver'. Which was fun, wasn't it? I certainly enjoyed it. The last time Neil Gaiman wrote for the Doctor we got the wonderful 'The Doctor's Wife' which spawned this Extra for us and later introduced the character of Mrs T into or strip. 2nd Fade is currently working on our second Gaiman themed strip and I look forward to showing it off.

In the mean time I plan to go back to bed and try ignoring the rest of the world until I can commandeer the living room telly for myself.

How hard could that possibly be?