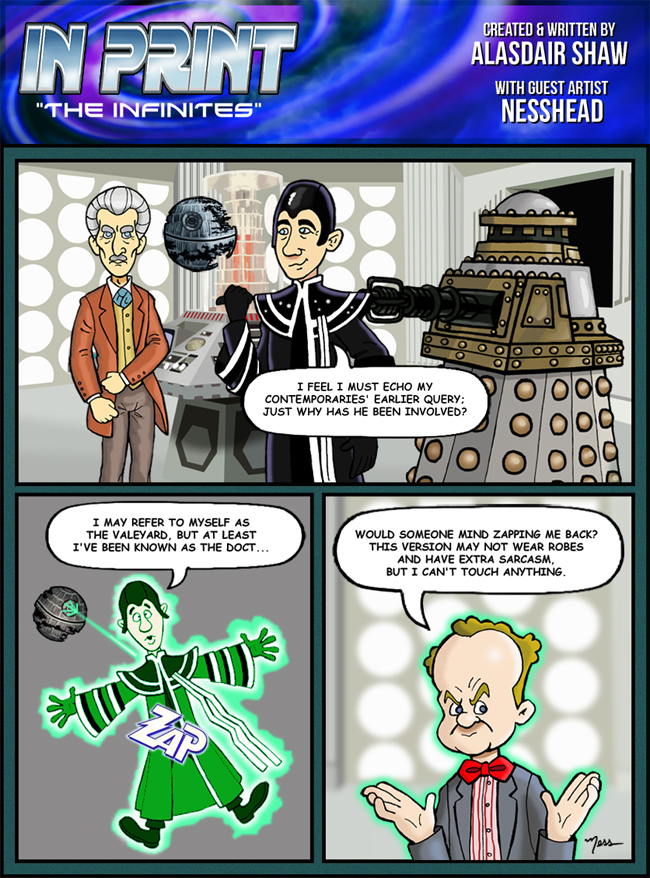 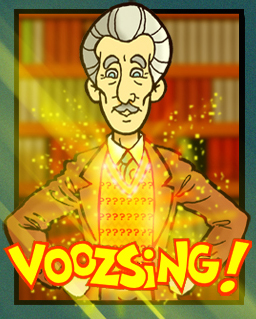 And there we have it; as far as In Print is concerned the Dream Lord IS the Valeyard's younger self. I do enjoy the 'unregenerate' feature of Doctor Who's Death Star, I wonder if that could be a bigger plot point down the line. Hmmm.

It's never been explicitly stated on screen, but they really have to be the same person. Apart from having exactly the same origin they also teleport in EXACTLY the same way. Don't believe me? Go and watch 'The Ultimate Foe' and then re-watch 'Amy's Choice'. Exact same guy. But then there is a lot of that in the In Print Verse. It's almost like there's a theme developing....

I also love how the Valeyard seems to have stuck as a name for this Doctor. The Valeyard was merely the identity/role he assumed for 'Trial of a Time Lord', he's still the Doctor.

We've got a couple of running jokes rearing their heads this week. We've already covered the mini Death Star, but we also have the fact that the Cushing Doctor always referred to himself as 'Doctor Who' has always amused me and it strikes me that the other Doctors would take exception to that.

I rather enjoyed last week's Who, although I was rather concerned that Mr Sweet was going to be the Candy Man. That would have been a little awkward. I seriously can't wait for tonight's episode. Neil Gaiman and Cybermen? You just know this is going to be good.

We have a surprise cameo next week. It's a brand new 'In Print Extra' strip featuring a star of the 50th Anniversary special and a potential spoiler. We're still working out how to bring this to you without spoiling anyone. We've got seven days, we'll be fine.

The Special Weapons Dalek has become something of a regular in the strip, I'm sure his appearances here have contributed to this new figure of him being released.