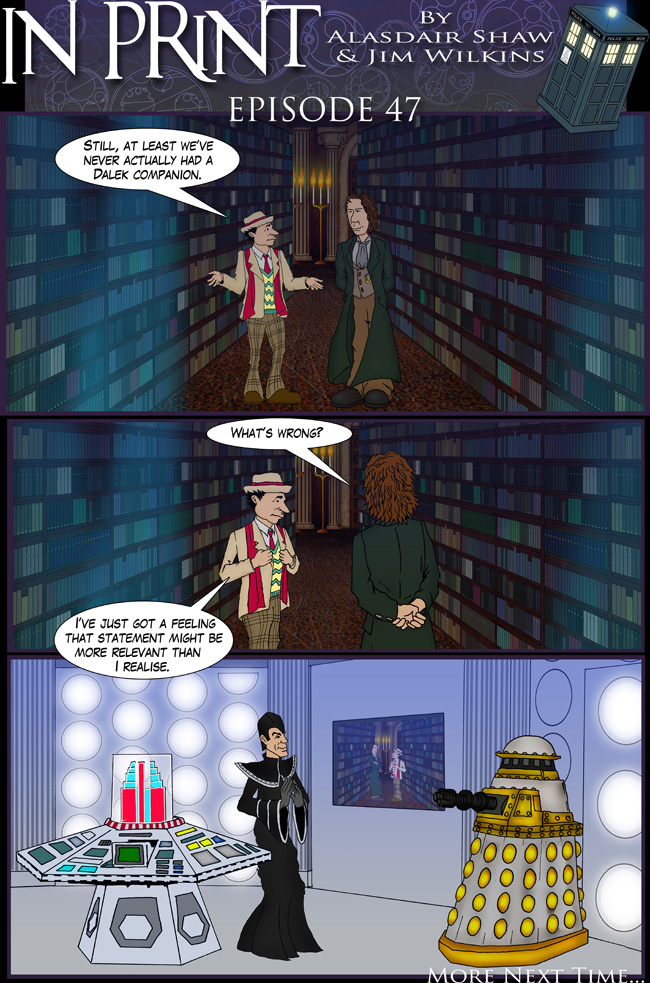 That's right, the Special Weapons Dalek isn't just a decoration; he is in fact a companion of the Valeyard. Has been ever since the Valeyard judged Asylum of the Daleks. I think it's worth pointing out, again,  that the Valeyard that works at Kasterborous is very much the same one who appears in the various threads of In Print.

Continuity matters to me, there is a very definite plan at work between all the strips, apart from the Spin Offs, and the Valeyard very definitely has something in the works. Could this be connected to our plans for the 50th? Probably, although you'll need to wait and see about that one. We're mysterious that way. 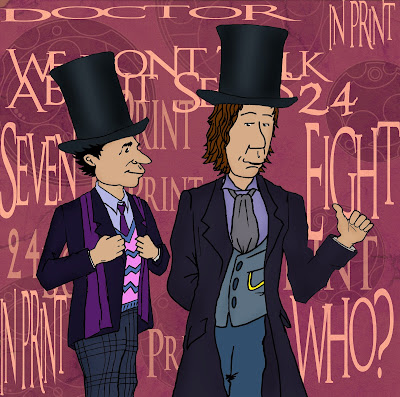 We're adaptable as well. As you may have seen last week the BBC have redesigned the Cloister room that houses the Eye of Harmony. Now admittedly, since our TARDIS is blatantly based on the version seen in the TVM, this doesn't have to impact on the strip at all. However myself and Jim both had ideas about how to link it in to the ongoing strip. Jim wanted to have the new version be reachable by descending into the open Eye of Harmony in 'our' version. I instead thought of a way to work it into the ongoing plot. Indeed it solved a plot point for me. But you'll need to wait to see how that's been done.

Right, time to go. But before I do the Doctors would like to remind you to check out our Facebook and Twitter feeds. And you'd best listen to them as they're wearing some of Simian's top hats and his hats are almost as serious as he is.