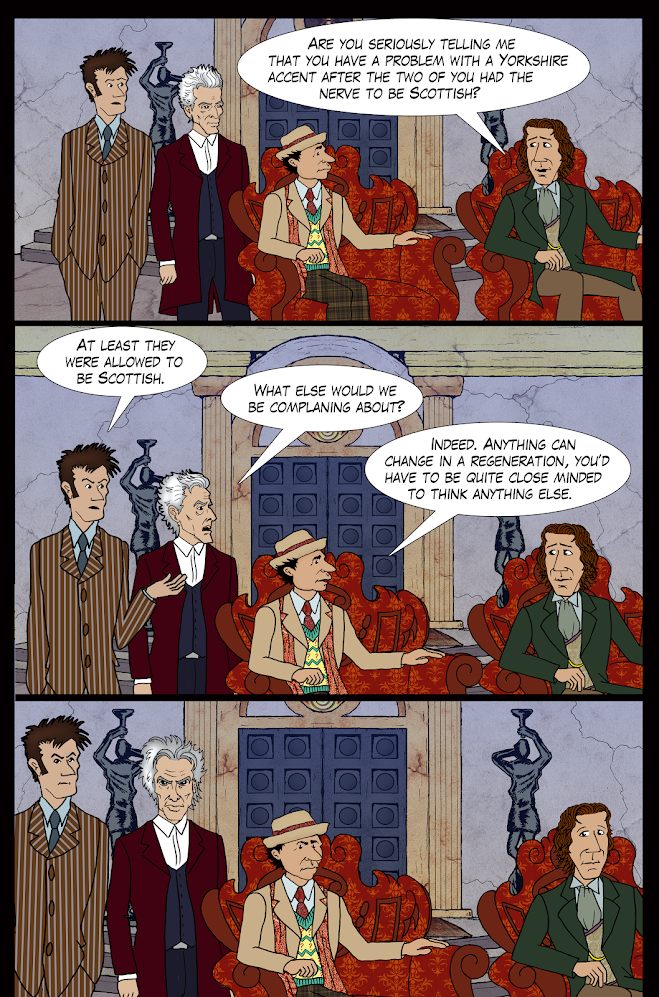 Previous Strip  Next Strip
Can you feel the judgement? You should be able to, there was plenty judgement in this strip.
It's easier to be harder on the Whittaker tenure in hindsight, but you have to remember that we didn't have a clue as to how she was going to be playing the Doctor at that point, only that she was (wait for it) a woman.
I have never had time and will never have time for anyone writing Whittaker off purely on the basis of her gender. We should be better than that.
So, yeah, if you're feeling judged then I'm probably judging you.
And no, this isn't an invitation to discuss the failings of the new series in the comments. I say this, but I know you'll end up doing it anyway.
And yeah, I'm still slightly resentful that David Tennant never got to use his Paisley accent.
Apologies if I seem to be in a fairly negative mood, I'm sure it'll pass in time. Hopefully by next week... 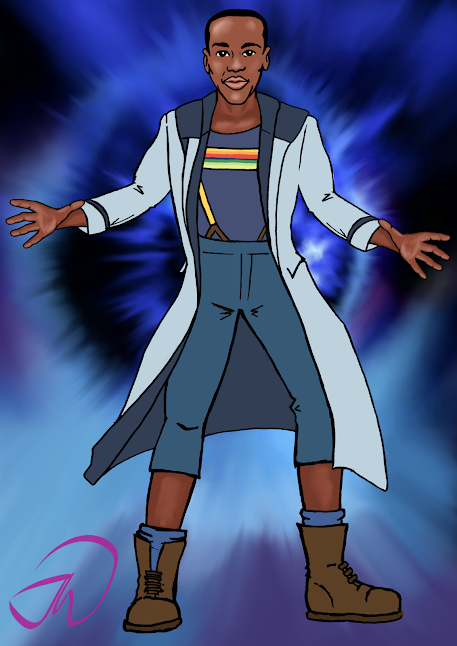