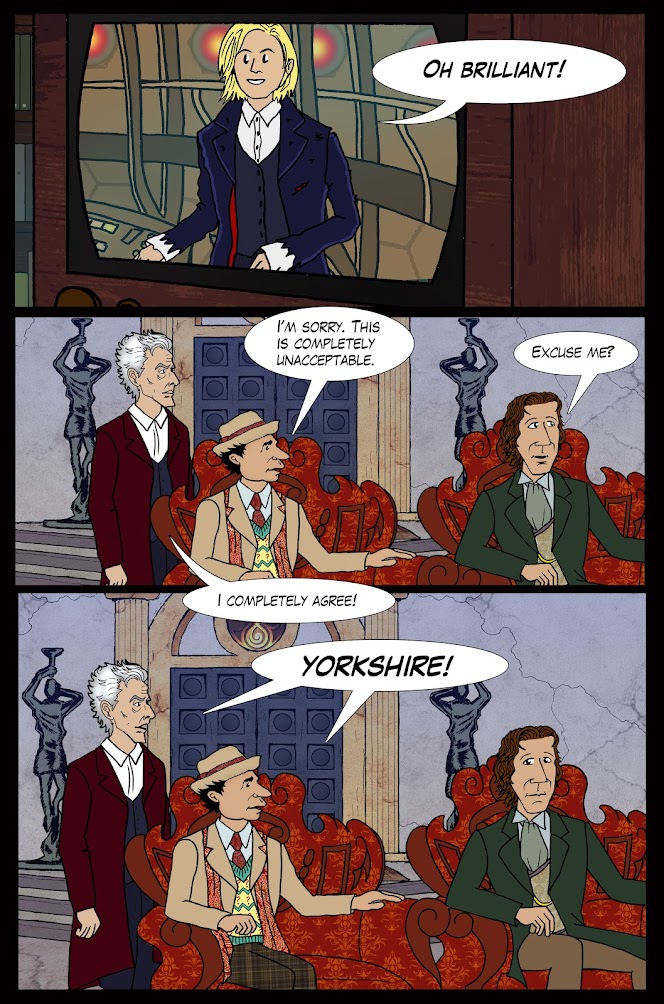 Previous Strip  Next Strip
Nice to see new stuff from Jim, it's been too long.
Fairly ironic that since I wrote this strip that Whittaker's replacement has been revealed to be Scottish. You really couldn't make this stuff up.
Lots of Who news and speculation is coming in at a helluva rate now, I'd forgotten just how good RTD was at creating excitement about future Who. It's just a pity that it seems to be overshadowing the last episode of the Whittaker era. Hopefully she still gets a decent send off. Especially as I remain a sucker for a regeneration episode.
Apologies for the late posting, we're all still adapting to being back live.
See you all next week. 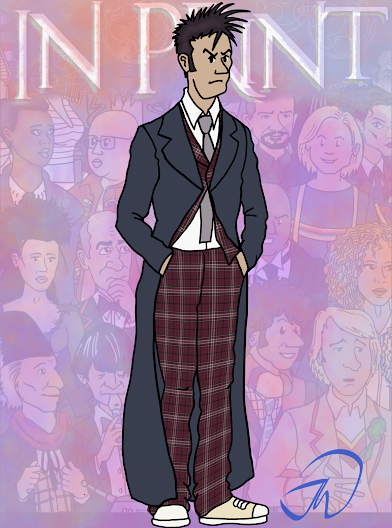