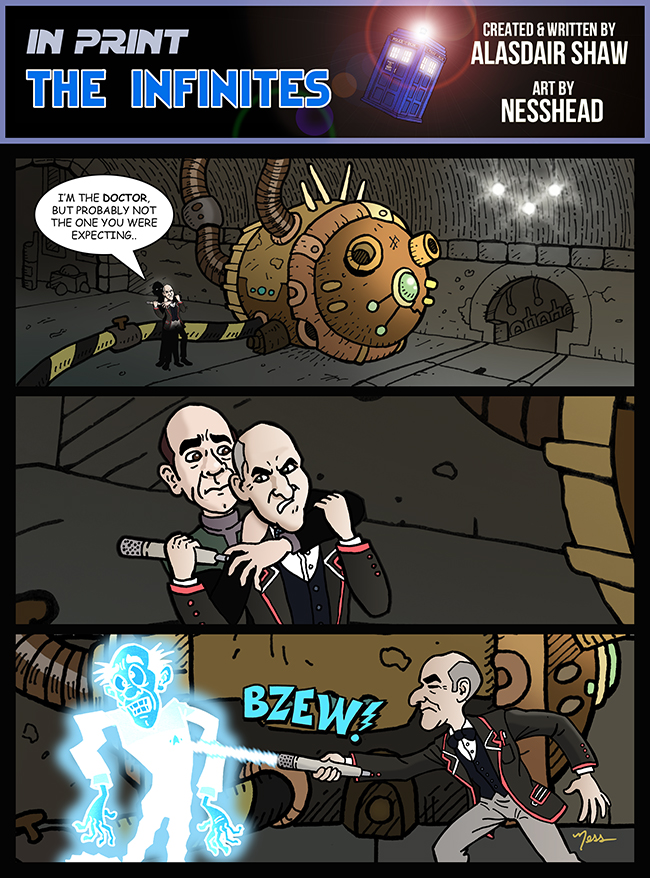 And here's some new Infinites. It's been far too long and great to see them back. With a Star Trek crossover no less. I didn't really much of Voyager, but it always amused me that they had a character known as the Doctor. Although it would seem our own Doctors aren't nearly as amused.

I've got about a dozen scripts for Jim and Nesshead that I need to type up so they can get the buffer back up and running. It's a constant source of frustration (for myself as well) that I write all these on paper first and then have to type them up. I did try a few times just taking photos of my notes, but neither Jim nor Nesshead could decipher my handwriting. Not an uncommon complaint.

More Infinites next week, then it's onto the Christmas schedule which includes some new Prop Cupboard and Who's Cat.