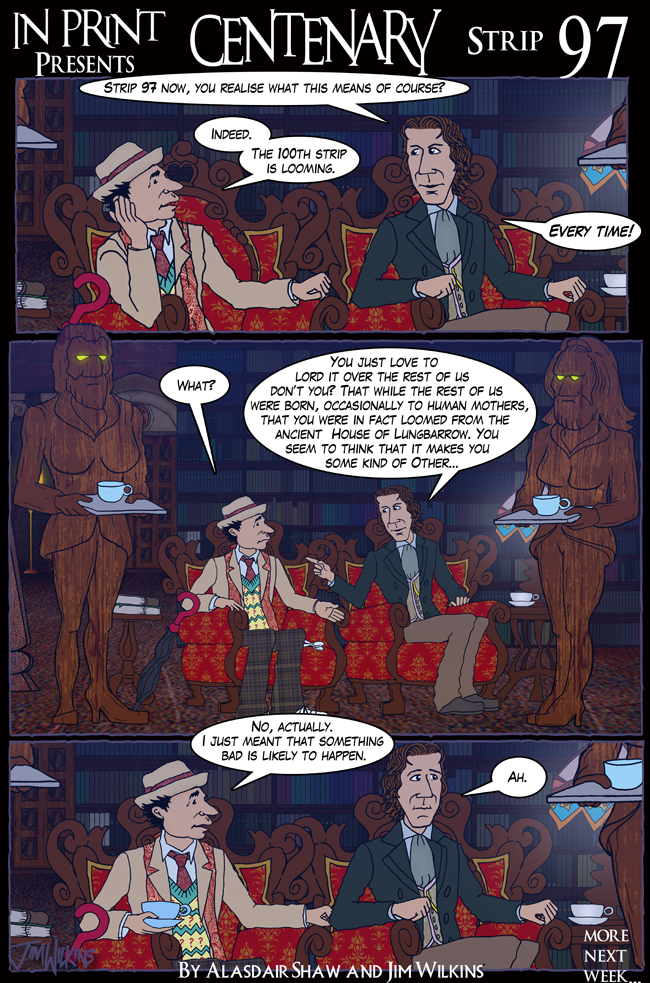 Lungbarrow references aplenty in this strip, so much so in fact that I'm afraid you might not enjoy this strip much unless you've read it or it's wiki entry. As it happens I've read both, I was fortunate enough to download a copy of Lungbarrow from the BBC website before they withdrew it. 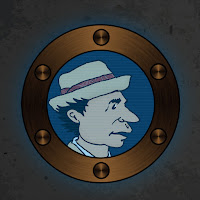 The drudges that are serving the drinks aren't the same as the wooden creatures that were in a certain Christmas special from a few years, but extensions of the House of Lungbarrow and given that the 7/8th Doctor TARDIS is meant to be partly based on the House design it's strange that they haven't turned up before. I'd have to re-read the book, but I'm reasonably sure Jim's added a few details. The beards mostly.

I'm still trying to work out how I felt about last week's Doctor Who. I don't mind the amount of time taken to explore themes of immortality, but I wasn't convinced by Lion-O. That part of the episode just didn't click for me.

In other news Kasterborous is back up and running. I've even got a new article up. Mind you so does the Valeyard....