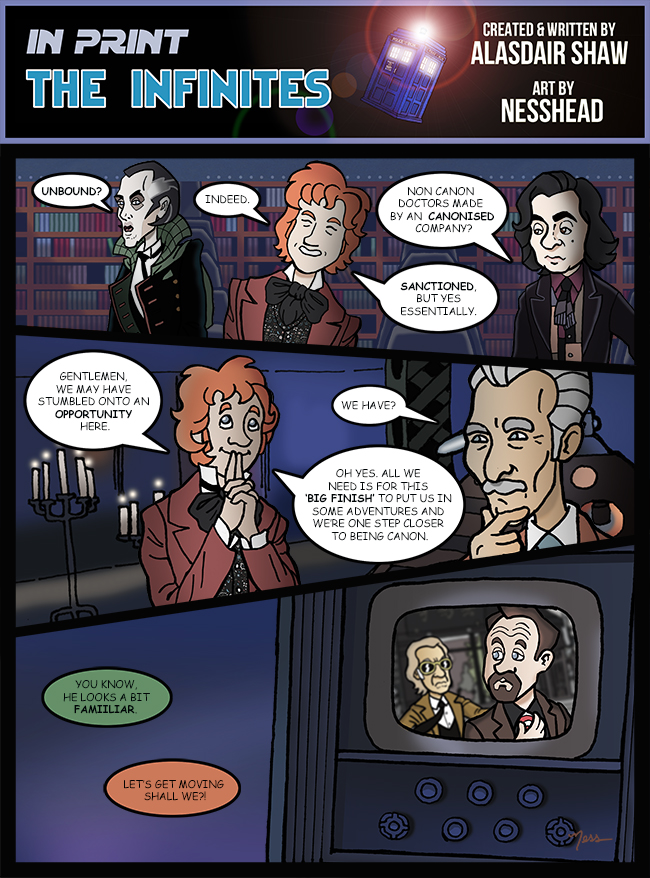 
This was an idea that occurred to me a few years ago, that the Unbound range from Big Finish could continue using some of the actors from 'Web of Caves', 'Curse of Fatal Death' and 'Scream of the Shalka'. Obviously you couldn't get a Peter Cushing as he's sadly no longer with us, although strangely enough Cushing did record 'Journey into Time' in 1966, a radio pilot that was meant to lead into an series. Sadly it was never broadcast and all but a few fragments of proof it existed have been lost to the ether. If broadcast it would have been not unlike the first 'Unbound' ever produced. What might have been...

I don't know why Big Finished stopped producing the Unbounds, whether it was lack of profit or cost or something else etirely, but I still miss the range and would love to see Gatiss, Atkinson and Grant have a go at it. Even moving out from our core cast it would be very cool to see Lenny Henry do one or have Nick Briggs reprise his role as the Nth Doctor.

Just a thought. Can you guys let us know in our comments section or on our Facebook page if you'd like to see Unbound back as well? Enough interest and we might try and start a campaign or some such.

That last panel for anyone who's wondering is a scene from 'Sympathy for the Devil' and features a confrontation between the Master and the Doctor. The joke here can be taken two ways, for readers that only know the main series of Who it can be a reference to the fact that David Warner has since appeared in the main series, strangely enough written by the man playing the Master in the last panel. Which was kind of the joke I was aiming for

Anyway, I'm off to read some Garfield and Peanuts strips in the name of research. See you all soon.