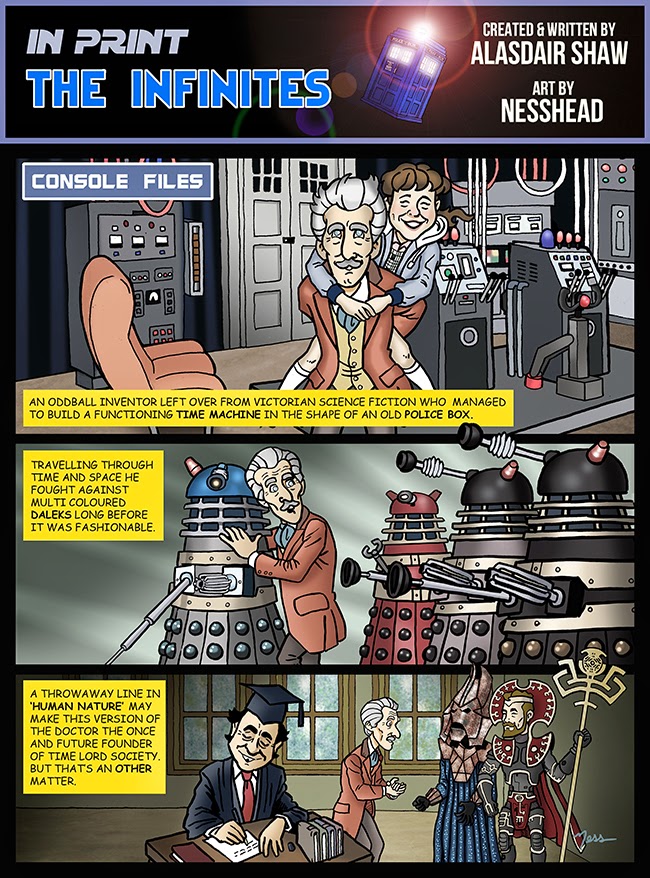 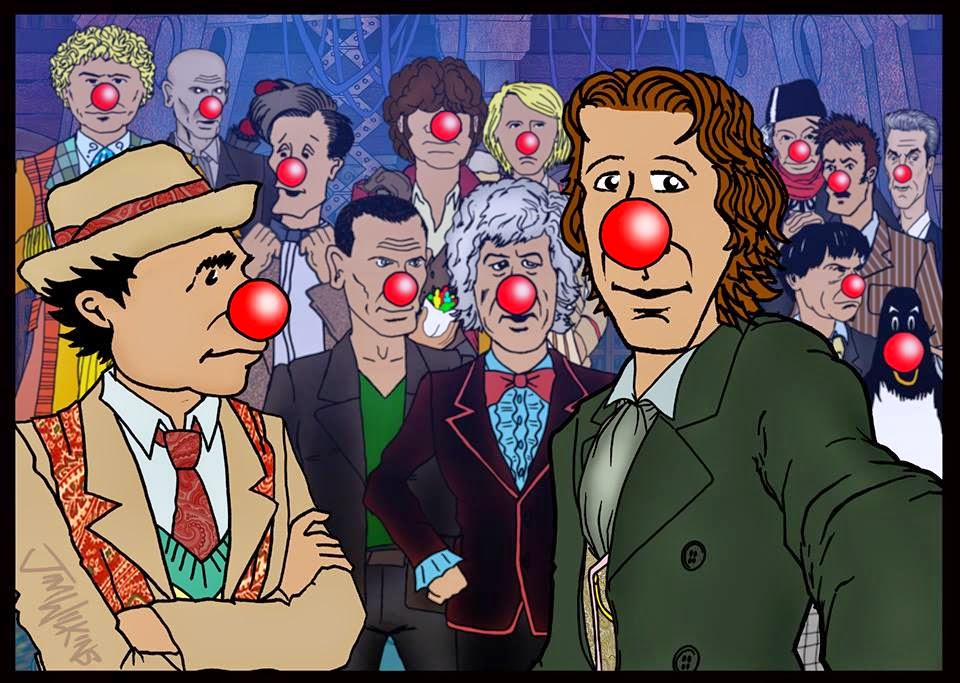 Just in case anyone wasn't sure who Dr Who was.

I made a point of including one of my favourite blink and you miss his cameos from 'Human Nature' (the book, not the episode) where's he's hinted to be the Other. Given that the idea surfaces in a John Smith's writings just how canon it is up for debate, but I couldn't resist the idea of asking Nesshead to him in conference with Rassilon and Omega.