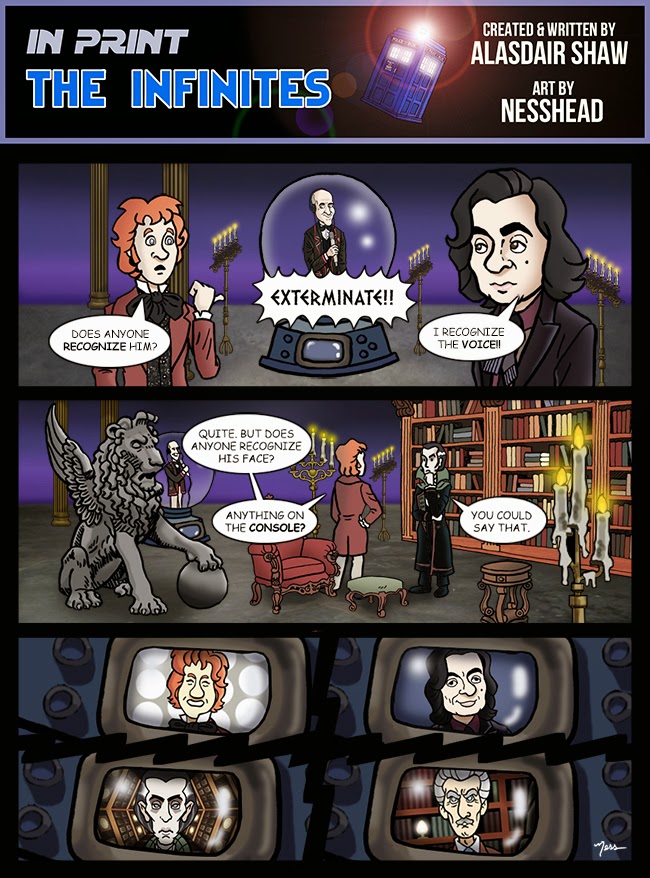 "You would make a good Dalek, Doc Tor!"

Appropriately enough I think it might actually have been Nicolas Briggs that delivered that line, I'll need to check. If it was then that statement had more to it than I realised at the time.

I'm looking forward to seeing the next strip from Nesshead, I've given him some fun stuff to do in it and I can't wait to see just how much fun he has with it.

I'm currently re-watching a lot of the earlier New Who stuff as Kasterborous are putting doing a series of opinion pieces on the best and most underrated episodes of the last few years. You can find the previous entries here and here. I'm contributing as often as I can and as I remember. Re-watching School Reunion this weekend. I also watched 'Human Nature' again, but that was for a series of upcoming strips on here. It's hard not to view it as a live action reprint. I still really love it.

I've been spending time with the Glasgow Doctor Who Society of late. They're currently meeting every second Sunday (not tomorrow) at the Crystal Palace in Glasgow. If you're next Sunday around 6pm you should come along, they're a fun bunch. Plug plug.