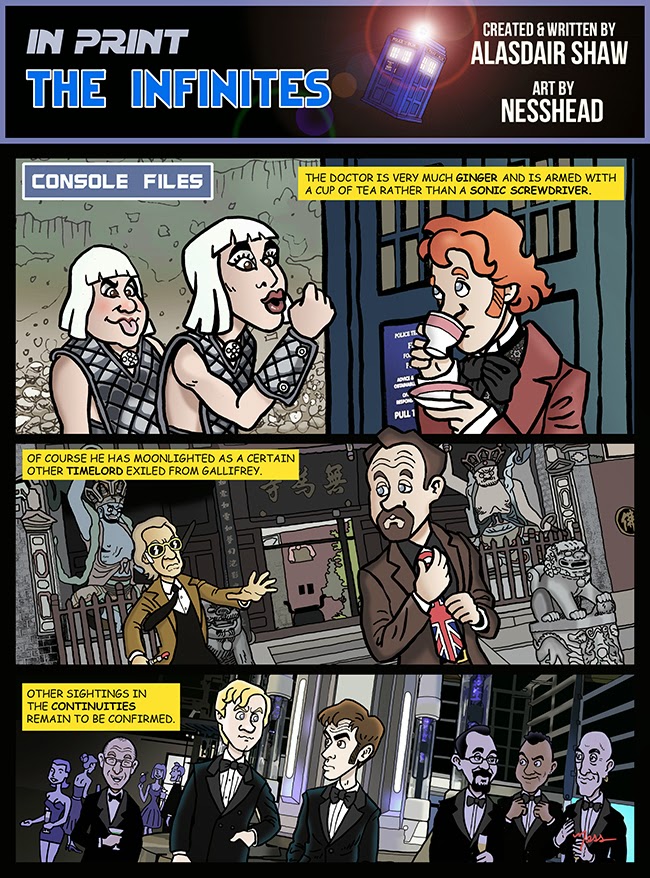 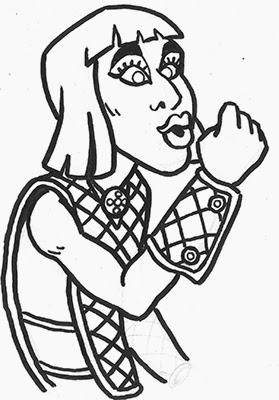 Can you tell Nesshead had fun with this one?

It's easy to forget if you've only ever really watched the 2005 series just how often Mark Gatiss seemed to crop up in the various worlds of Who, I had great difficultly in limiting myself to just three of his efforts.

The first panel of course is Mr Gatiss playing the role of the Doctor in 'Web of Caves' from a Doctor Who themed night several years ago. I still live in hope of him being signed up by Big Finish to do a 'Unbound' audio with this Doctor. In fact I'd love to see that happen with all the Infinites Doctors.

The second panel is taken from one of my favourite Big Finish audio plays; 'Sympathy for the Devil'. It features the Brig as a potential companion and has David Tennant playing a UNIT officer with a huge amount of relish. If you're unsure who Mr Gatiss plays then I thoroughly suggest checking it out and allowing yourself to be surprised. If you want to know and don't want to listen (your loss, honestly) then you'll be interested to know that we've once again used one of Paul Hanley's designs for the character. The link's here and will pretty much tell you who he's playing on this occasion. 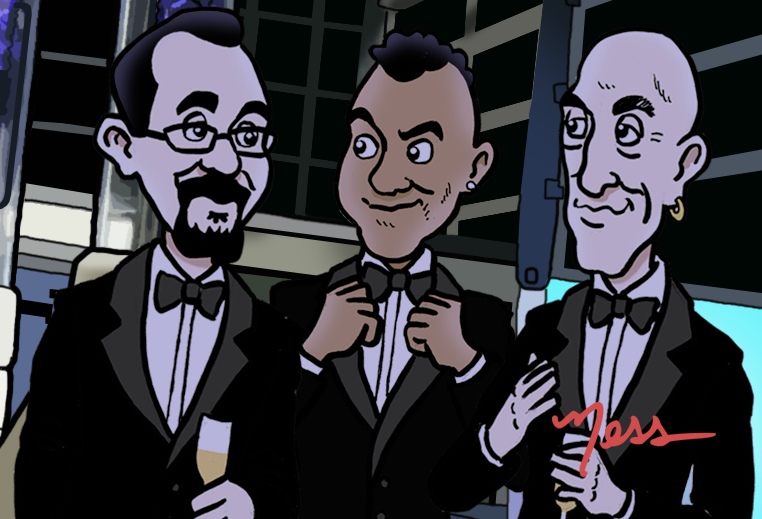 The third panel comes from the Season 3 of the 2005 series, 'The Lazarus Experiment', where he appears in fine form as Professor Lazarus himself.

I especially love the last panel as it features a group shot of myself, Nesshead and Jim. I had no idea Nesshead was putting that in there, but I'm seriously chuffed that he did. You know the three of us have never met in person, something we really need to work on correcting.

In case you're wondering; I'm the one with the beard. In fact I heard myself described as 'The Master cosplaying as Captain Jack' at my work last week and I've had 'I can't decide' stuck in my head ever since.

The first draft for this script included more on the written work that has Mark Gatiss' name attached to it. He cut his writing teeth on the 'New Adventures' and has gone to write for the new series as well as star in it. Repeatedly. He's flown Spitfires in space and played chess against the Doctor.

Anyway, I've said enough for just now. I'll see you all next week.