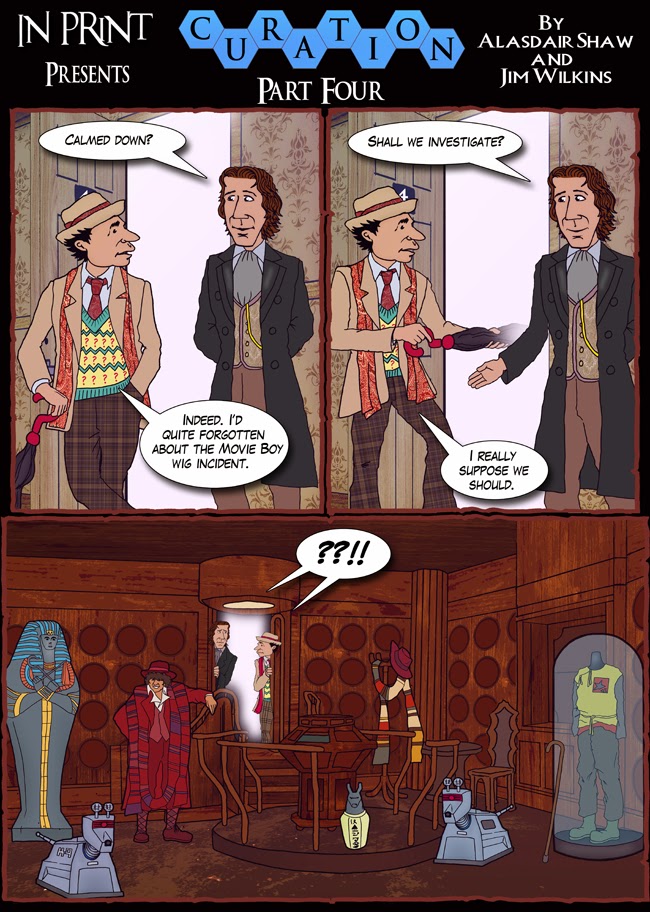 I think my favourite thing in that room is the Adric monument done in a Robin style. You can pick the other details out for yourself. 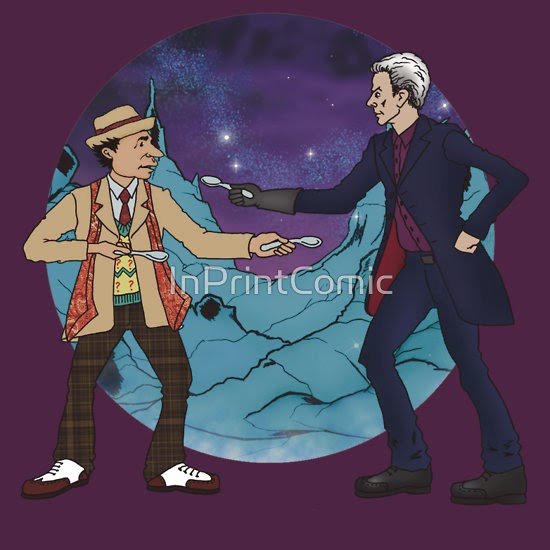 Of course all this begs the question just how long has the Curator been around and where's the real 4th Doctor? Or is the Curator the real one? Has Tom Baker ever really stopped being the Doctor?

These are questions that I'm probably never going to answer in strip, but it's fun to ask them nevertheless.

The finale tonight. I, for one, enjoyed last week's episode quite a bit and just so you all know I don't have a problem with the Missy reveal. In fact it opens up an old relationship to be explored in different ways which is never a bad thing.

I hope you're all still reading 2ndFade's reviews of the series. They've been hugely entertaining and thought provoking. I mean the man referenced Nietzsche this week. Pretty sure no other review did that.

And speaking of contributors; we need to talk about Nesshead.

Nesshead had just started prepping the next round of Infinites when his laptop failed him. He's been trying to get it fixed, but these things take time and money and sadly he's not in a position to repair it any time soon. Which means, dear reader, that we'll have to stall the Infinites segment of the site temporarily.

We don't make much money from our store, pretty much enough to cover the running costs of the site, so we're not really in a position to pay for Nesshead's laptop to be repaired.

So we're just going to leave this donate button here:

There's no pressure or compulsion to donate if you don't want to. But the simple fact of the matter is that the sooner Nesshead raises the funds to replace his laptop the sooner we all get the Infinites back up and running. Every penny donated via the above button goes into Nesshead's laptop.

Thanks for your time.