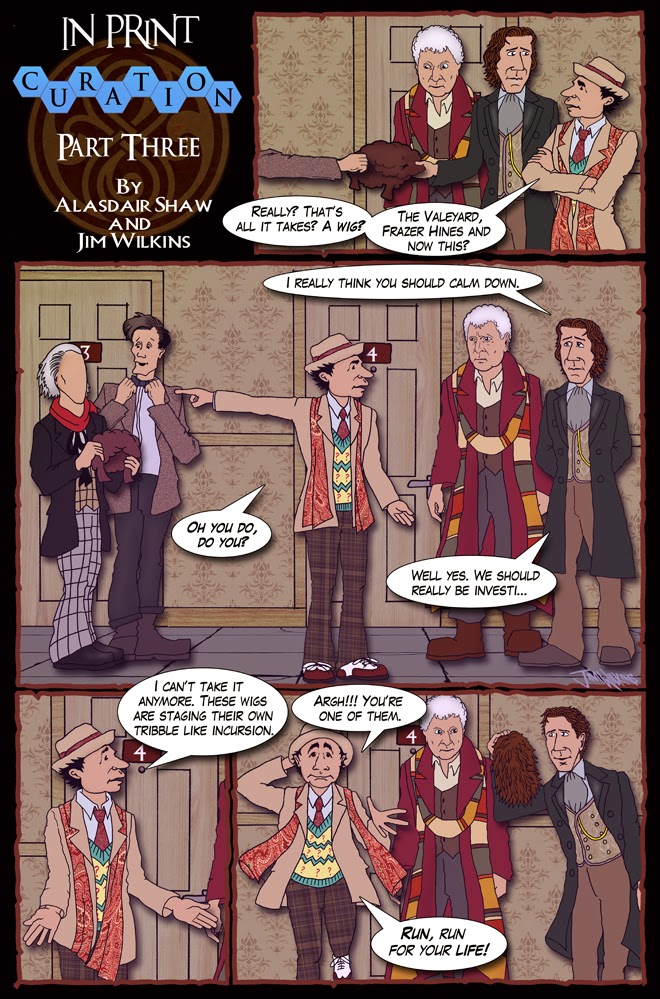 Yeah, that was a Star Trek reference. There are other Science Fiction shows out there you know.

And of course we couldn't have a wig arc without having Hartnell's wig making a cameo of some description. If you don't recognise him you need to be reading 'The Prop Cupboard of Obscure Doom'. It's a throwaway gag that's taken on a life all of it's own. Literally.
Jim's had an idea for keeping track of the wigs, you'll see the results of that in a few weeks. 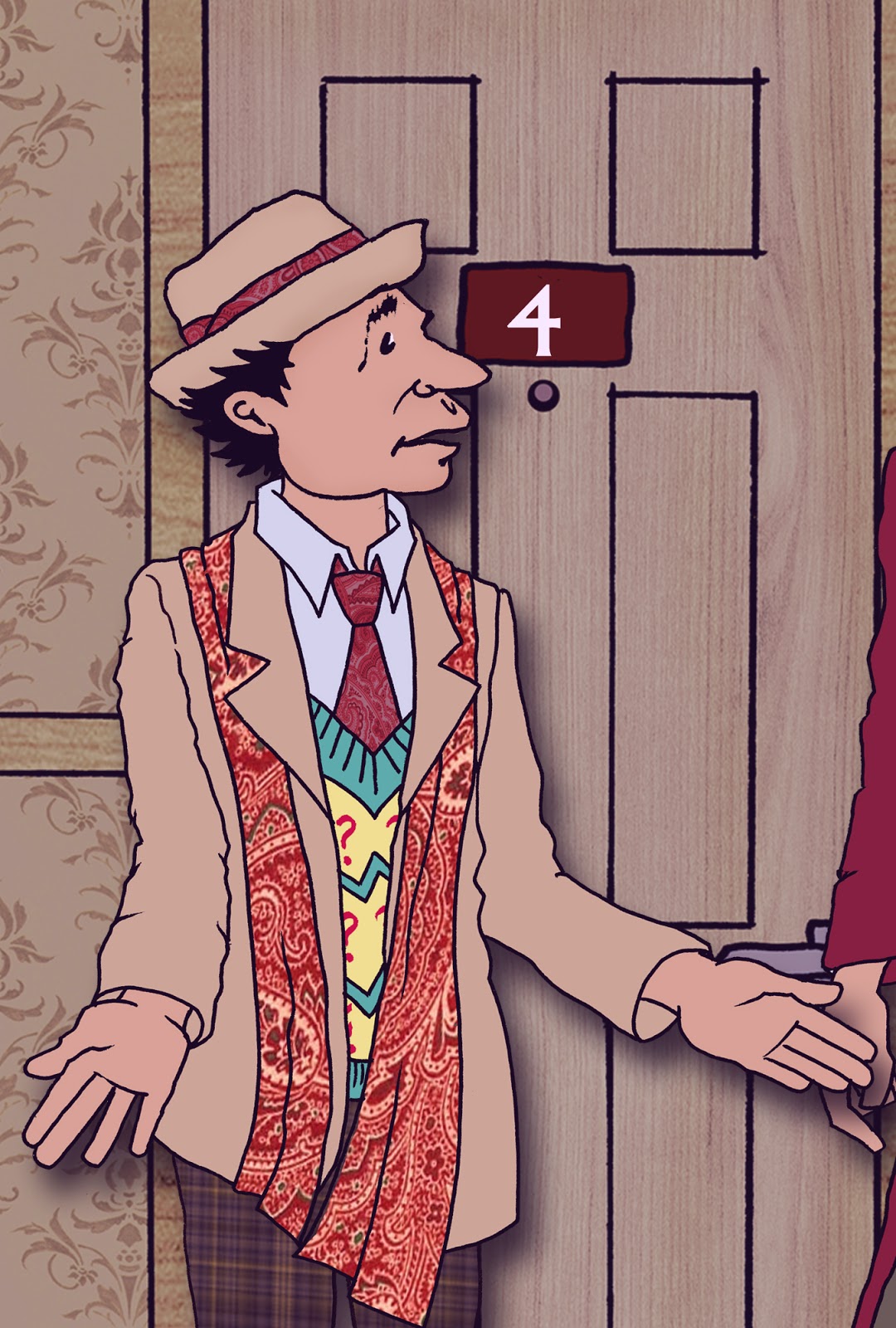 It's the beginning of the end tonight. Trailer spoilers ahead and then some speculation.
Still here?
Really?
Right, on we go.
Last weeks trailer seemed to indicate that Clara was going to turn and that perhaps Clara was never really Clara. If this plays out the way I think it's going to then Steven Moffat is a bona fide genius and a master of the long game.
Think about it; when did we first see Clara? Well technically it was 'Asylum of the Daleks', but we'll come back to that. What we all thought was going to be 'The Snowmen' although that turned out to be a shard of Clara against the Great Intelligence. Nope we first met the 'real' Clara in 'The Bells of St John' when the Doctor went up against the Great Intelligence. Apart from linking Clara and the Great Intelligence and having Clara's personality up and down loaded at varying rates of success what this episode really did was show us that the Intelligence could have a false personalty installed for most of a persons life.
I think Clara has been an invention of the Intelligence the whole time. It would explain his apparent lack of planning in jumping into the Doctor's timestream in 'Name of the Doctor', it was all a bluff to allow Clara to jump in as well and planting the ultimate sleeper agent into the Doctor's life.
If this is right then what we'll find the Doctor with a companion with a familiar face, but different personality. Which is what Madame Vastra was foreshadowing all the way back in 'Deep Breath'. Let's see if the Doctor can handle the same kind of change he usually inflicts on others....