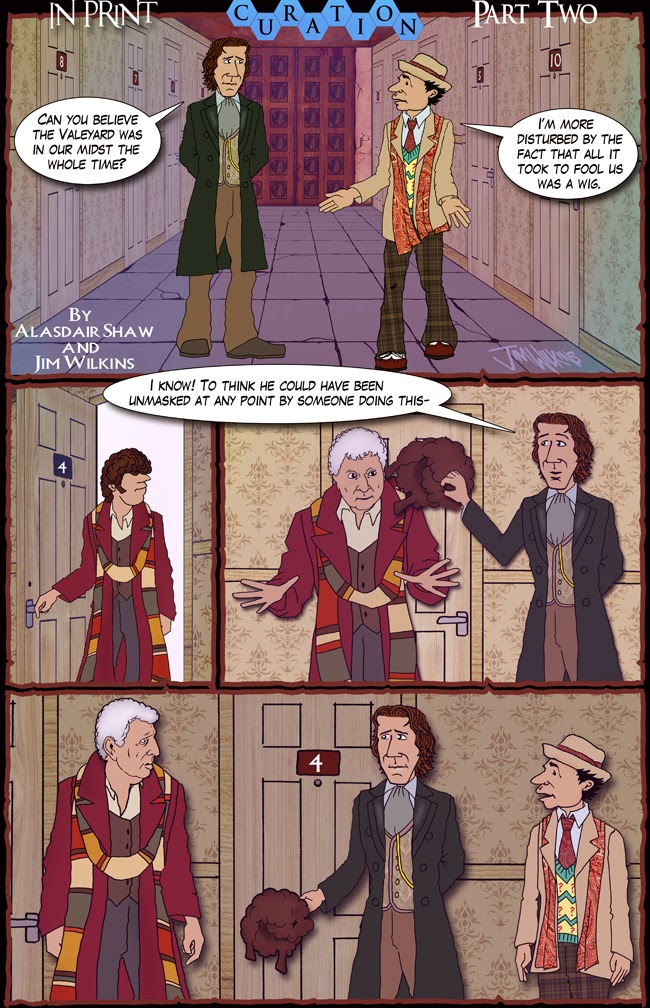 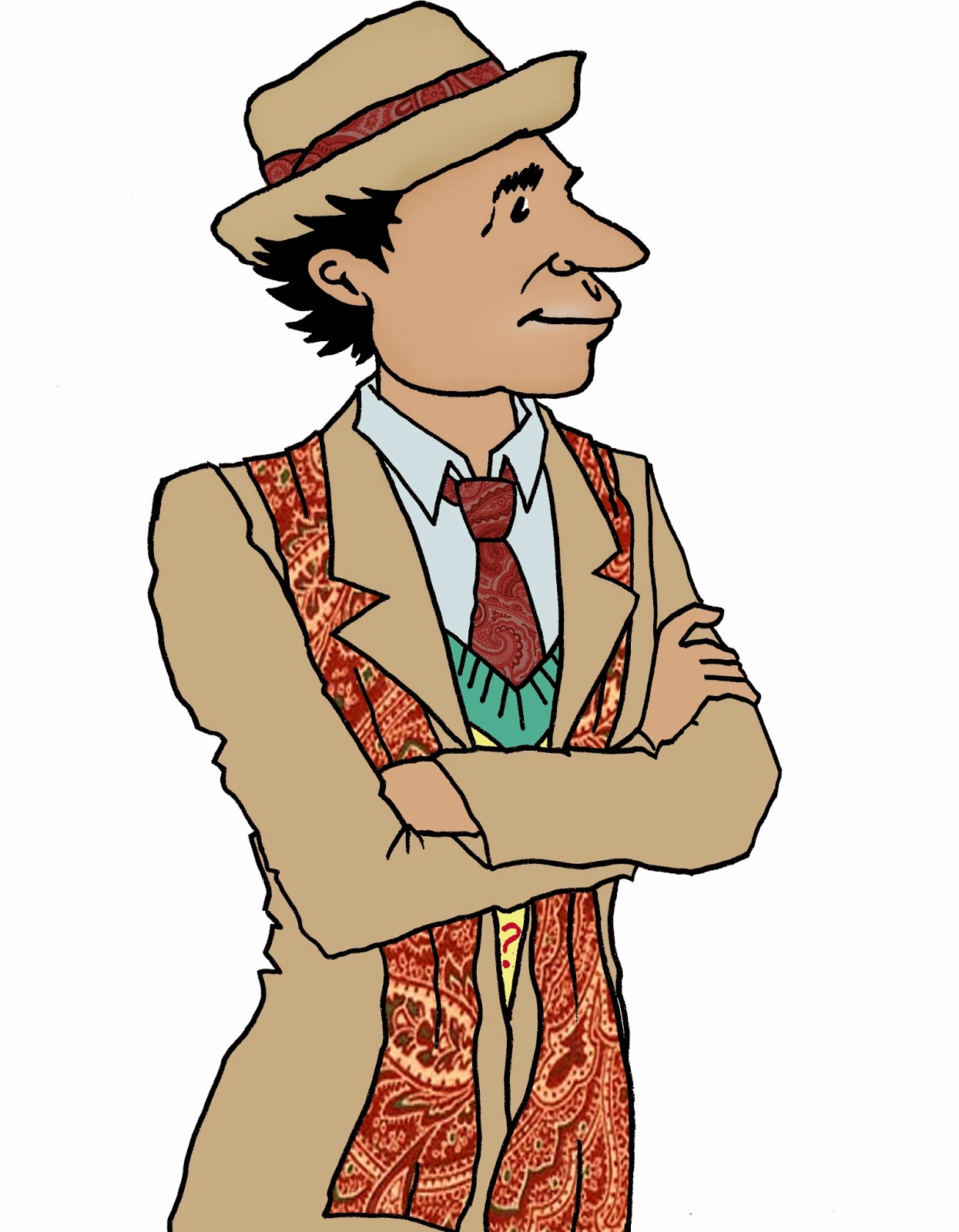 We've alluded to this before of course. You guys should know by now that Guest Prints from Paul Salvi are seldom incidental. I've known from the first time I saw Jim's version of the 4th Doctor that there should be something special planned for him. So did Jim, he's been dying to draw more of him for ages now. But it wasn't until the Curator appeared during 'The Day of the Doctor' that just what that something special should be. The line between the 4th Doctor and Mr Baker has always been somewhat blurred (as we pointed out last week) and I've no intention of sharpening it whatsoever in the coming weeks. It's part of the fun.
I'm off to Edinburgh for 24 hours later this afternoon to catch up with with my cousin, so I'm not entirely sure when I'll get to see tonight's episode. Since my cousin is a fairly recent convert it may very well happen live at his flat, but given our combined capacity for distraction it may very well be tomorrow night before I get a chance. Which begs the question; should I attend the weekly gathering of the Glasgow Doctor Who Society on Sunday night if I've not had a chance to view?

This is possibly the episode that has appealed to me least in the episode list, but I'm hoping to enjoy it anyway as it's been a cracking series so far.

Speaking of the series; I hope you've all been following 2ndFade's reviews of the series as it happens. His viewpoint remains very much his own and I've been looking forward to his responses to each episode almost as much as the episode itself. You can find previous entries here, here, here, and here. Oh and here. - 2ndhearts 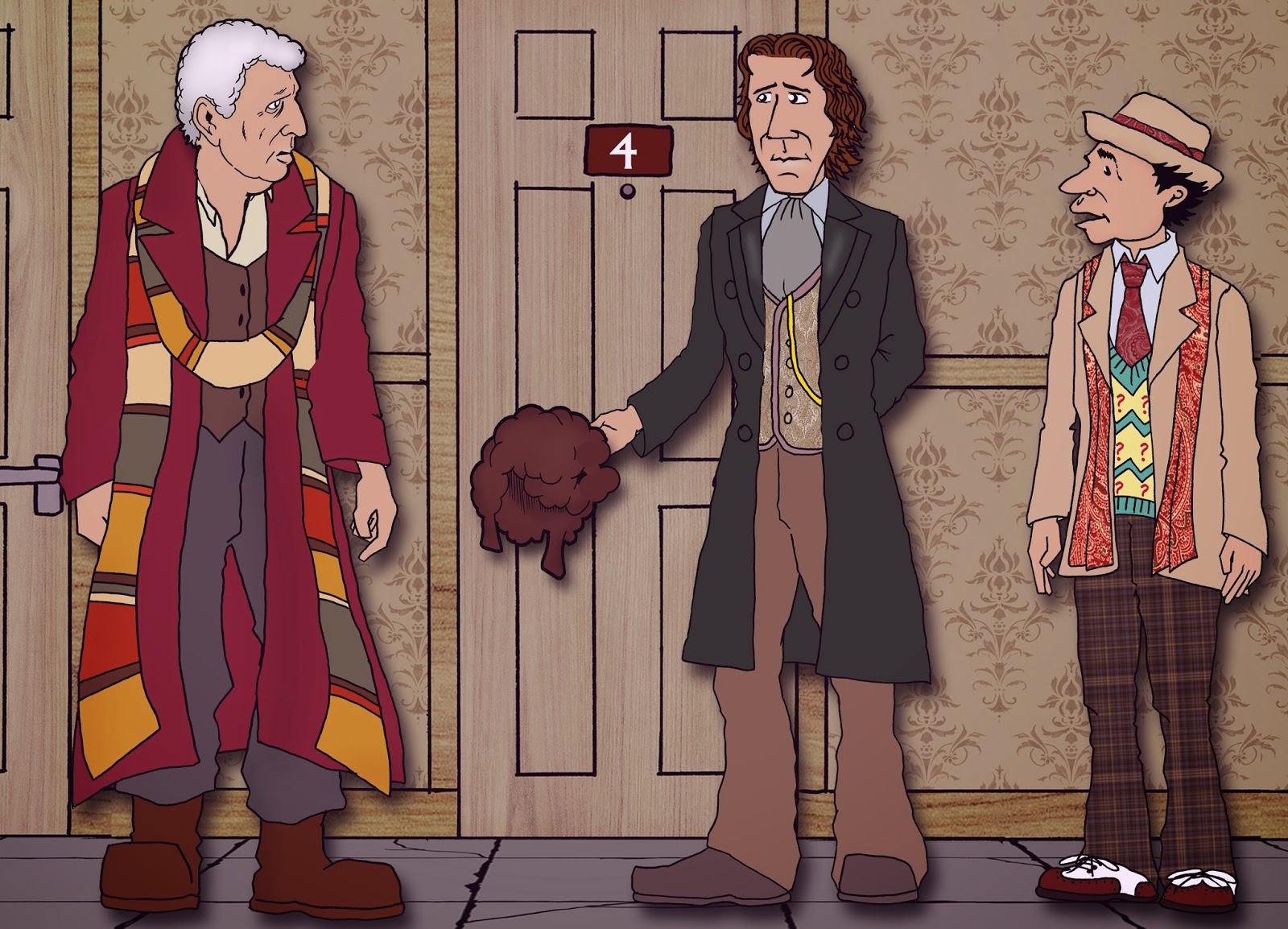