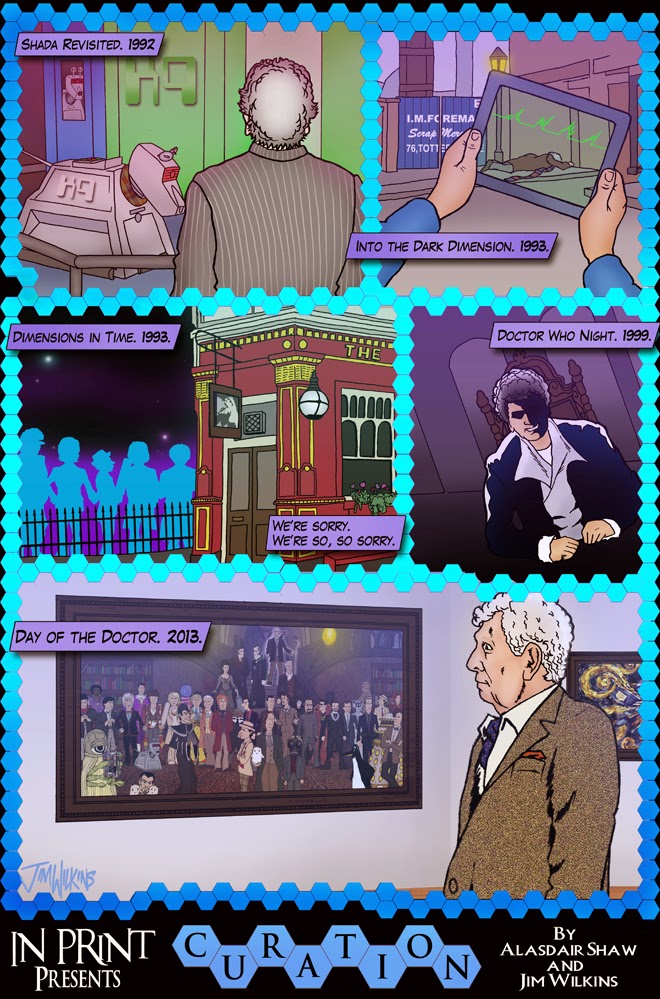 I don't understand people that say they miss Tom Baker playing the Doctor. As far as I'm concerned he's never really stopped. With the exception of 'The Five Doctors' he's never passed up an opportunity to step back into the TARDIS. So as far I can tell it's the same character that appeared in every panel in today's strip including the character we've come to know as the Curator. It just fits for me.

Sometimes you can't bring things into alignment as much as you'd like to and other times things just slot into place without any effort whatsoever.

Today for example. Jim left me a message in the blog draft, he's never done that before. Hold on, here it is: 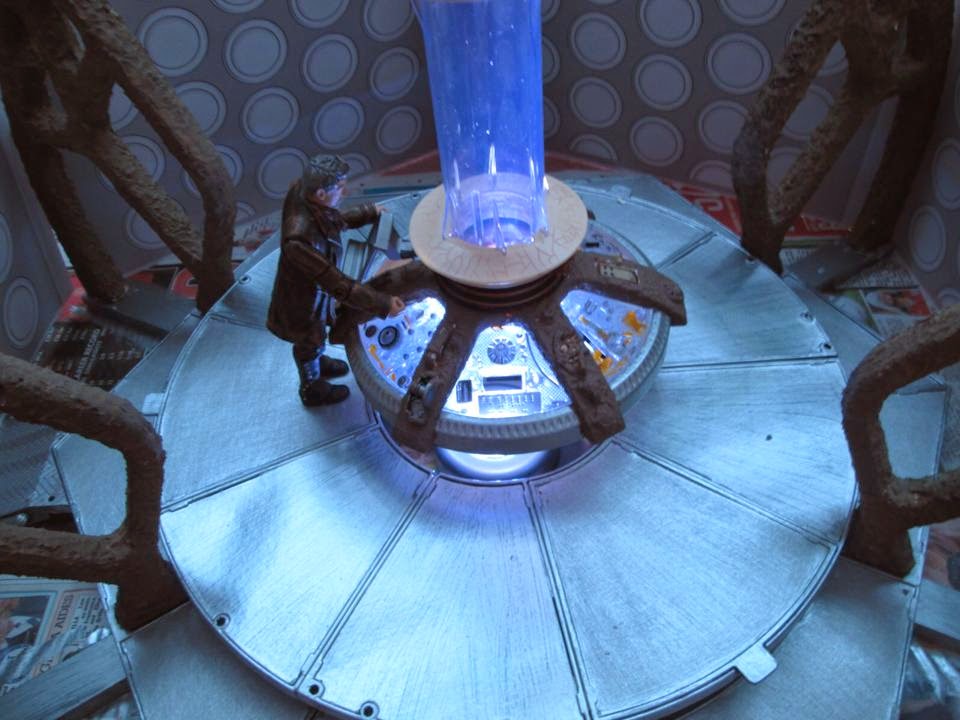 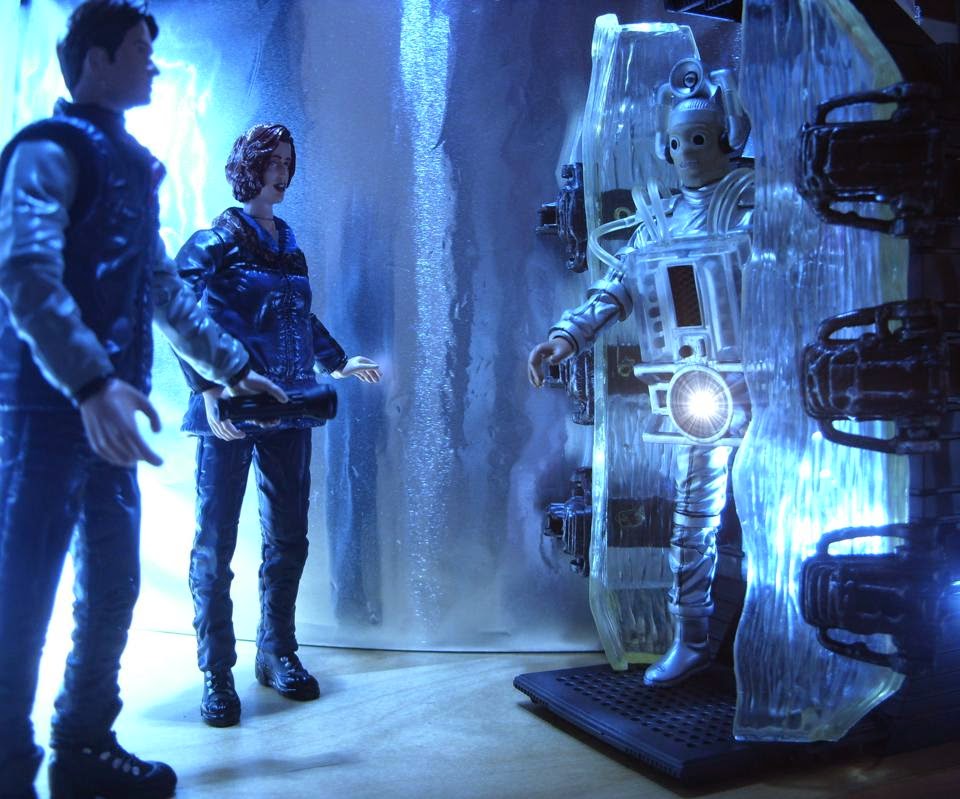 Jim says: The Image of the I.M Foreman gate doors in frame 2 of today's strip is provided curtsy of Alan Watson-Henry who actively makes his own sets for Doctor Who figures and has a great interest in stop-motion animation. 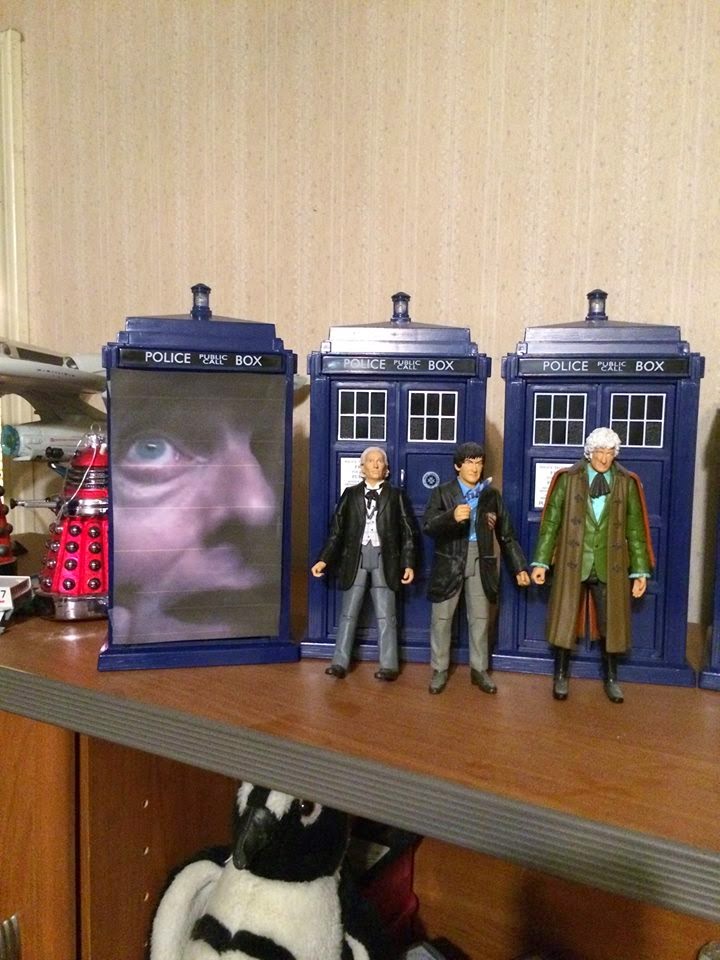 He even left a few photos of Alan's work for you to admire.

As for myself, well I'd been planning on sharing a photo I received from one of my Kasterborous co-contributors, Joe Siegler, on a modification he'd made to one of his TARDISes to update it prior to tonight's episode.

It amused me no end, but it also got me thinking about an old subject; custom figures.

For a while now I've thought about dipping my toe into the model game. I figured I'd like a set of figures to reflect the Doctors that appear in In Print and it's easy enough to get Doctors 1-11, but no where does any of the Infinites. Which means you're relying on commissioned models to get a full set and not only is that pricey it's a bit of a lucky dip as well.

So, any advice you guys would like to offer about how to make up such a collection would be very much appreciated.