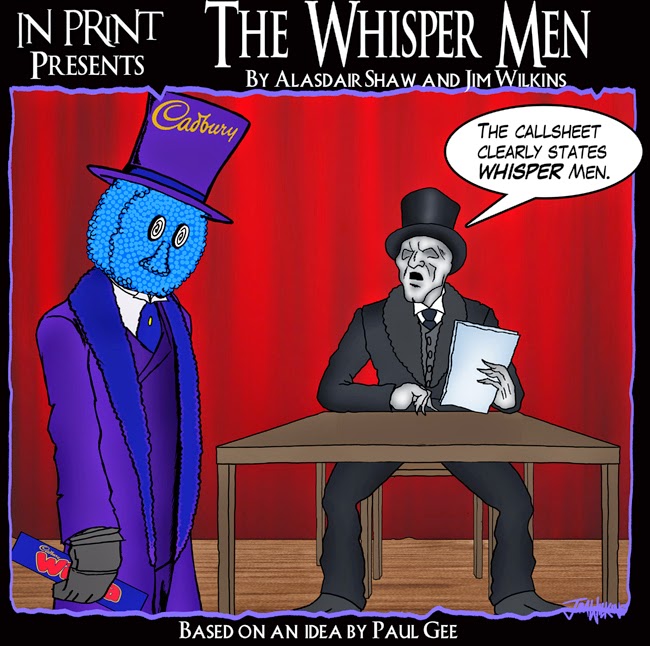 Poor Candyman, he just can't get any respect, can he?

Today's strip started in the mind of Paul Gee of WHONews, a long term friend of the site and someone whom Jim has been working with recently on a top secret project.

Jim: Haha, nope.. Top secret, I'm afraid! You would be interested to know
that Paul also made the Dalek Eye-Stalk app which is great fun.. honestly
you would be taking snaps all day with it talking in a Dalek voice.. it's brilliant!
Check it out here- www.eyestalk.co.uk/
I've tweaked Paul's idea a little from the initial conversation he had with Jim, but the essence of it is very much still in place and was silly enough to get my imagination going.

Next week we start 'Curation'. I promise. I've seen the first strip already and Jim has obviously had a blast putting together. Mind you I'd hope so as the whole arc came out of a request Jim made at the start of the year.

Just a single throwaway request and he left it percolating damn it.