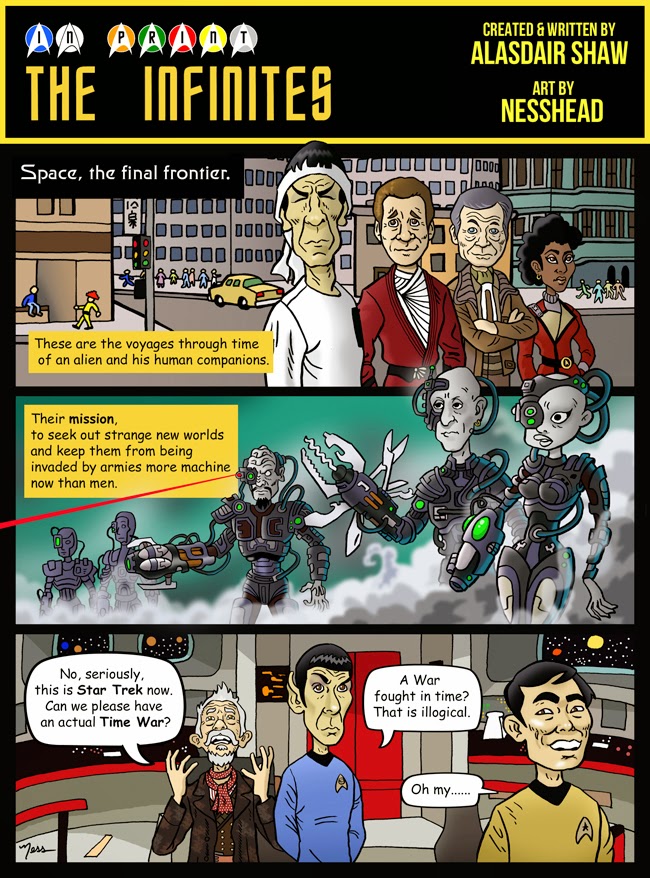 Jim here writing the blog this week. Alasdair's had a slight accident and is resting so he's asked me to step in.
More Time War madness this week but not as we know it! Another cross over this week brought to you by Alasdair and Ness Head on art duties. One can only wonder where it goes from here.
Again Ness has captured the Enterprise crew from the two different time zones perfectly. 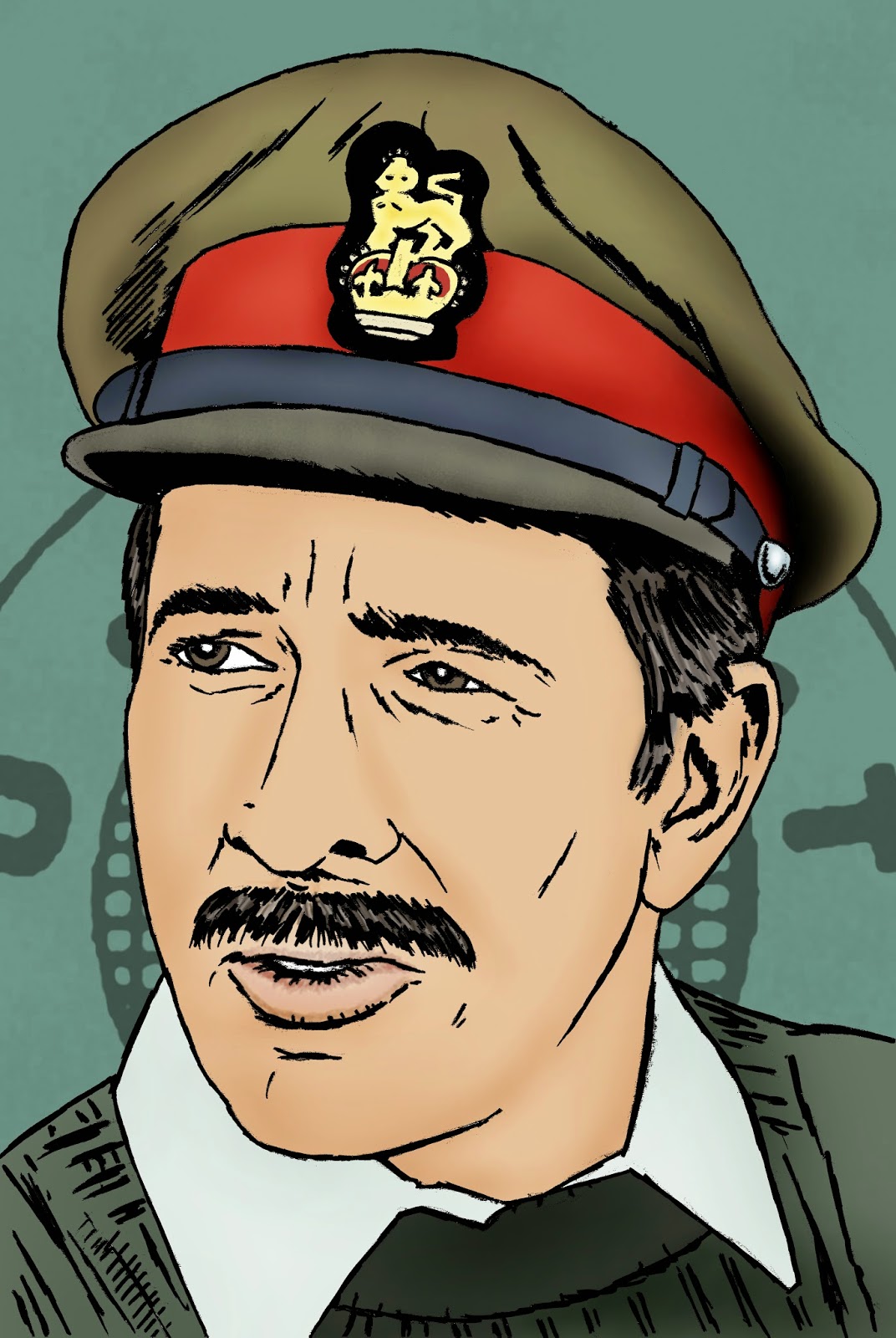 I'm particularly pleased with Ness Head's art this week due to the fact that I'm in it! I've been assimilated! Those who know me personally will tell straight away but for those that don't I'm the right hand male Borg in the middle. I didn't know I was appearing until it was sent to me last week. Believe me, I was surprised to say the least.

Other new this week is I'm working on a strip for the UNIT Fannual - a follow up to the popular Peter Cushing based Dr. Who Fannual that came out earlier this year. A prospect I'm really excited about as this'll be the first full Doctor Who based comic strip I've done solely for a printed publication. Good times.

A quick reminder that I've created a Facebook group for In Print. I would urge you all to join it, especially if you've not been getting all of our updates. We've found that although we have about 5,000 of you liking us on Facebook that each update tends to reach less than 200 of you. Being part of the group means that you should see each and every update. We've also been showing off pre-strip sketches and alternate designs for some characters. Come and join us over there!

Right, that's me signing off for this week, hopefully Alasdair will be back to entertain you next week all being well. See ya!