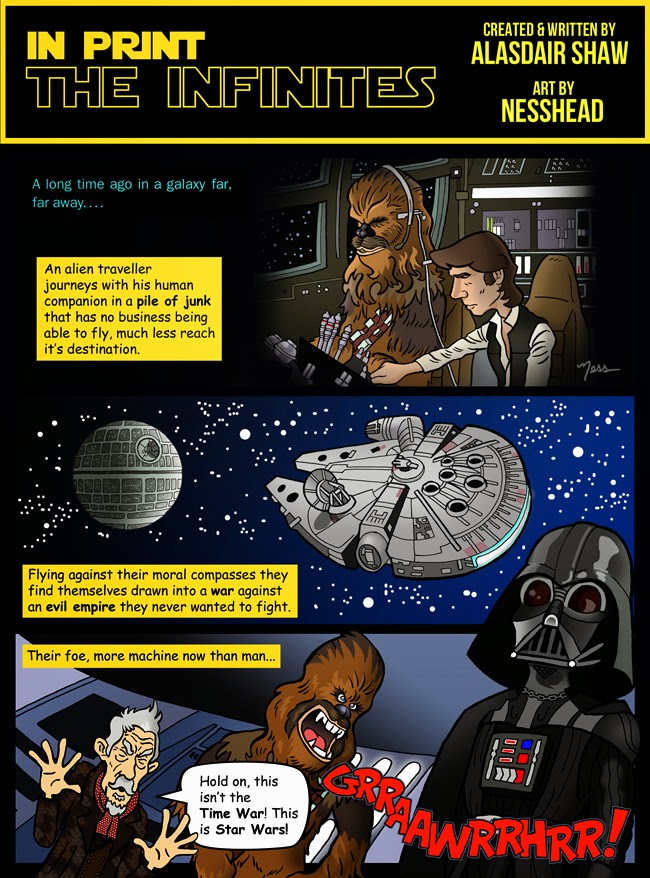 Looks as if the War Doctor has gotten a little lost on his way back to the Time War. This is a War and it's certainly got quite a few similarities to the Time War, but it's not quite right is it?

Although that moon in the 2nd panel looks a little familiar....

Is this a thinly veiled excuse to have Nesshead draw Star Wars stuff or is there a plot coming? You'll find out next week.

But would you really be upset if it was the first reason....