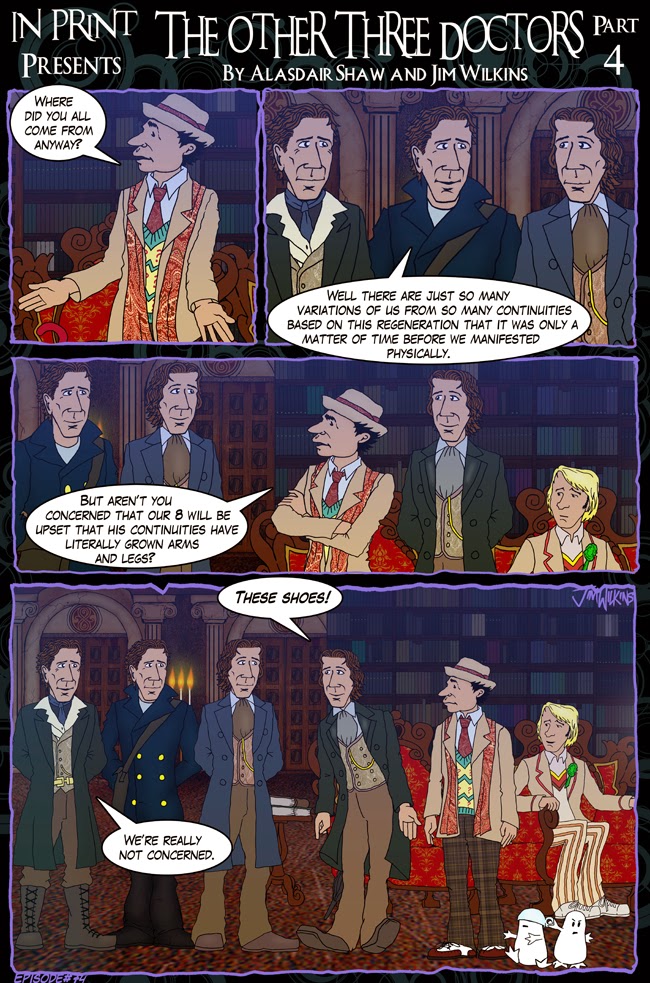 And the cast grows yet again. Of course long term readers may already of guessed just when these alternate versions of 8 got their window of opportunity, it's almost as if I have things planned out.

There are still some people, and I may be one of them, who cling to the idea that all these different versions of the 8th Doctor are all held within the same continuity, but as time marches on it becomes harder and harder to reconcile them all. Especially as 'Night of the Doctor' seemed to canonise the Big Finish material at the expense of the comics and books.

For those of you who might be wondering our 8, for lack of a better term, is the prime one. He appeared in the TVM and nothing else.

I was pretty out of it last weekend due to some new medication, so much so that I missed the fact that Jim had Emailed me todays strip. In fact I even seem to have replied to him, but had no memory of it all. All of which left poor Jim a little confused when I texted him last night wondering where the strip was...

This wraps up 'The Other Three Doctors' so next week sees the return of the Infinites. Which reminds me, Nesshead only has the first three scripts for that arc, I should really finish it and Email him...