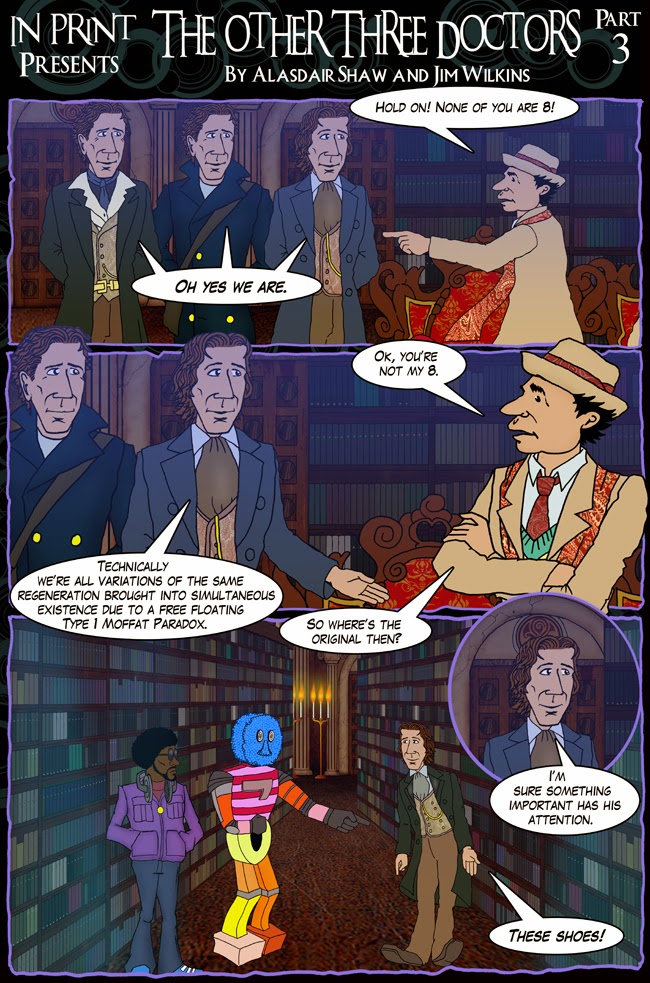 DJ Foo and the Candyman! It's been a while since we saw these guys hasn't it? Well it would seem that they're still wandering around the strip, who knows they might crop up again soon.

So, now we have at least four versions of 8 in the strip, this won't get crowded at all. And have any of you worked out who the blue coated 8 is yet?

In other news I may be going to Airdrie this week to a mini conference that's being attended by none other than Terrence Dicks. Might be, we'll see how things pan out.

That's all your getting this week as my new medication has left me feeling more than a little rough. See you guys next week.