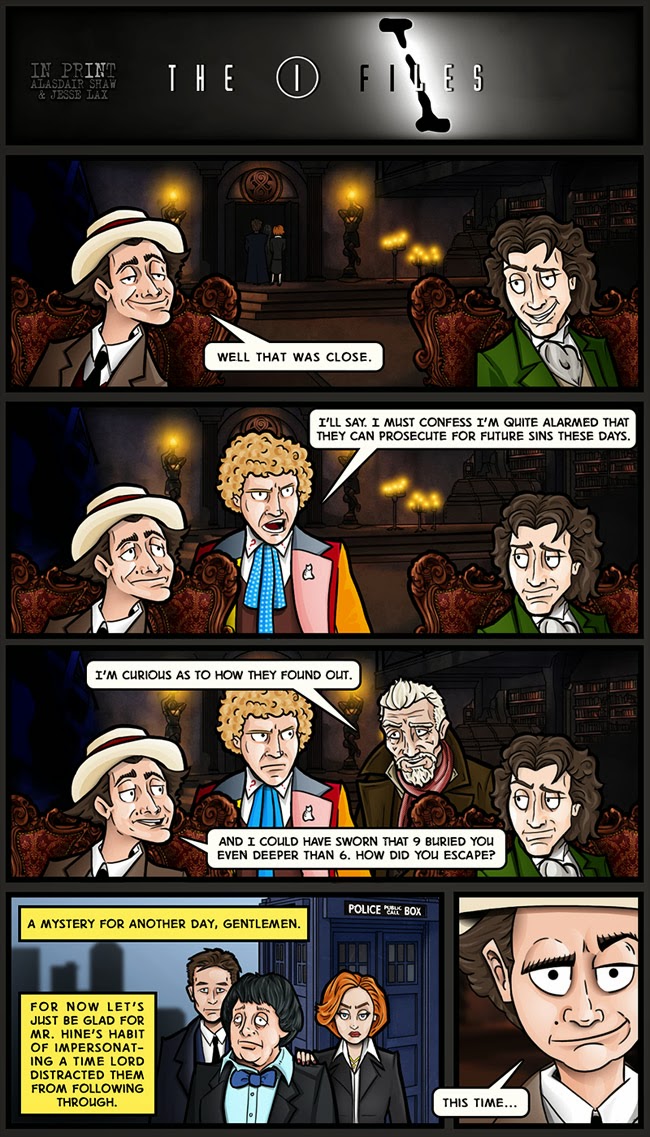 And with that the Hurt Doctor joins the cast.

Of course this presents a few issues for the strip continuity, the most obvious being the accidental regeneration during 'The Great Costume Debacle', but rest assured I have a way round it and it'll be addressed later this year. 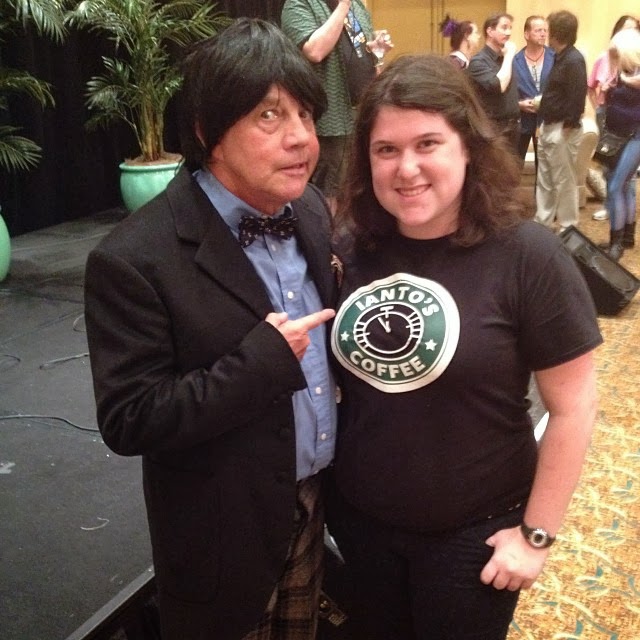 As for why we had Mr Hines dressed up as the 2nd Doctor? Well quite frankly the man has form as you can see from the picture. Actually that's probably the coolest bit of cosplay I have ever seen. As it happens Jamie is still my favourite companion, even after all these years.The fact that he's Scottish helps, but a big part of it is the easy chemistry he shared with Patrick Troughton. The two of them were an absolute joy to watch on screen.

Next week we have a Guest Print from Paul Salvi and then we'll be returning to the regular arcs. 2014 is all planned and the final tweaks are being made to the scripts. It's going to be a fun year.