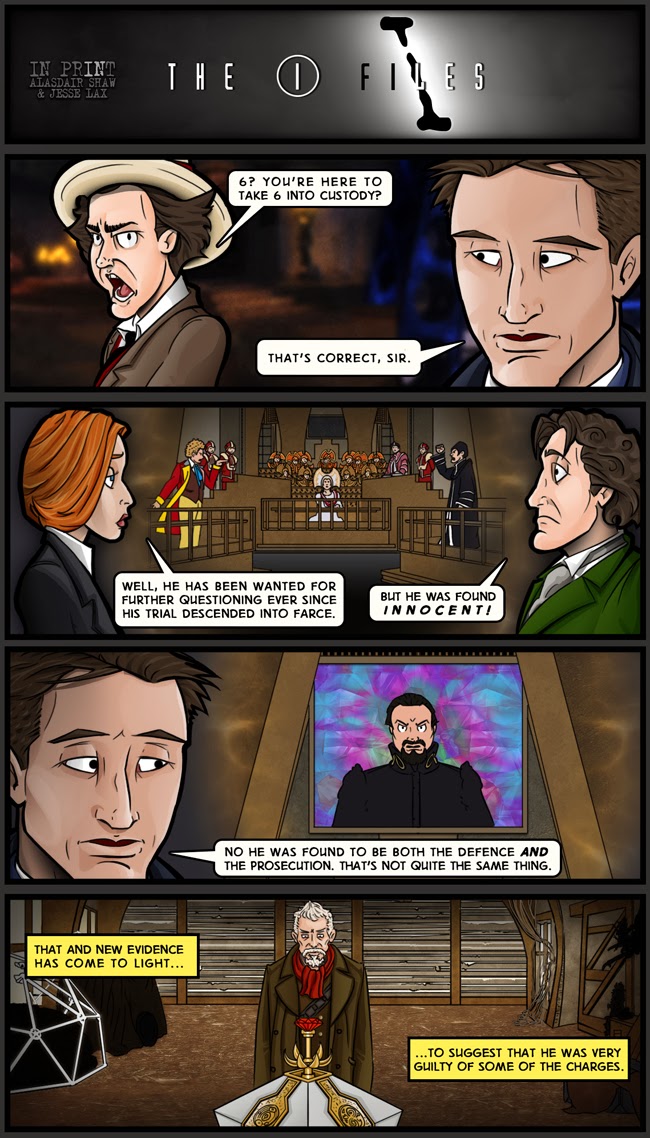 It's something that has always bothered me about 'Trial of a Time Lord'; the fact that the Doctor is pretty guilty of the charges. No-one in their right mind could deny that he was constantly interfering, but it was the genocide charge that bothered me. Mostly because by the time I saw 'Trial' the Doctor had blown up Skaro and dismantled the Cyberfleet. Things have only gotten worse in that respect since New Who started. 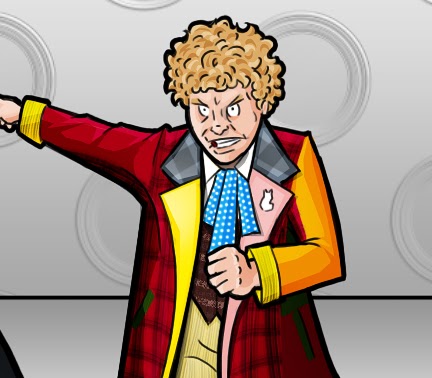 So it occurs that the only reason the trial was halted was for precisely the reason stated in today's strip, which is the mother of all technicalities.

Can you imagine what might have happened if the Matrix had picked up on his guilt over any of the destructions of Gallifrey? 'Day of the Doctor' may have retconned his genocide of the Time Lords, but the attempted genocide of the Daleks (and this is at least the 3rd effort) would have been enough to condemn him.