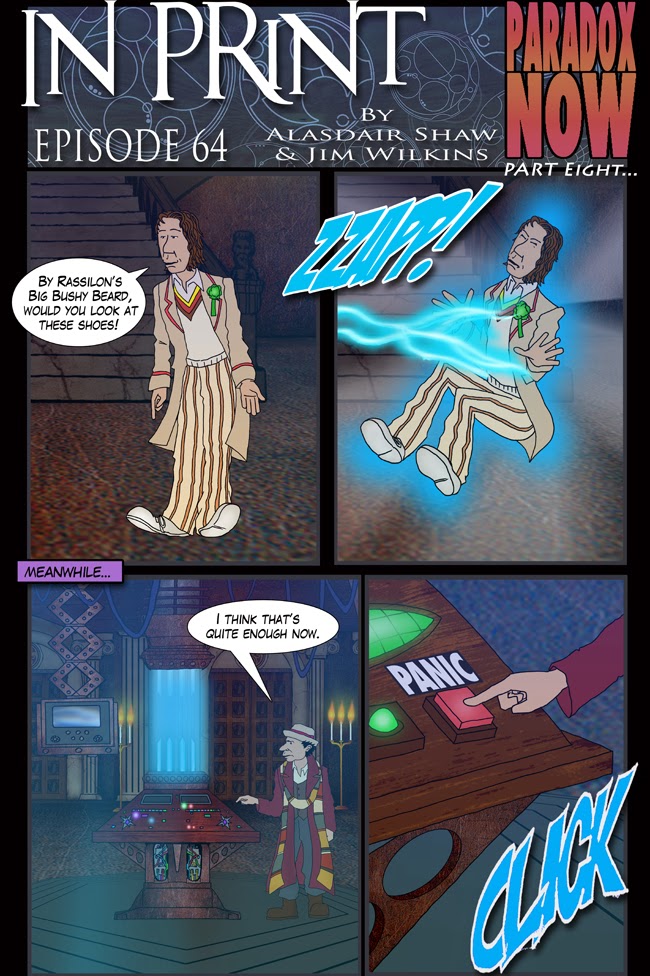 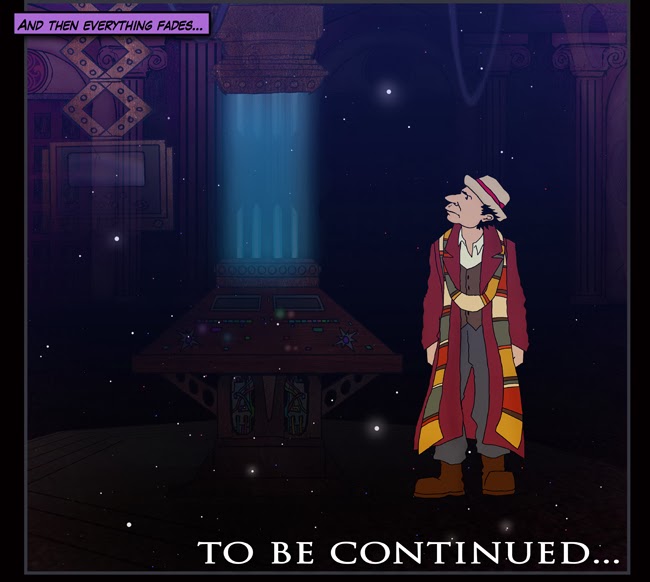 That. That right there. That, in my opinion, is the best panel that Jim has ever done.

I've just been staring at it. It's quite haunting.

Anyway, it's quite fitting that today's strip has 4 regenerated into 7. If you haven't seen Day of the Doctor yet then turn away now.

Not in a few lines; now.

That, dear readers, is how you use Tom Baker in New Who. The Once and Future Doctor. Of course he was the Doctor, why wouldn't he be? He gives a nice balancing point to the Valeyard, except he's a bit more, well, solid than the Valeyard. He's what the Doctor has been looking for for a very long time; he represents a happy ending.

I love the idea that after all the adventures and wanderings are done he gets to be Tom again. It's a lovely thought and was worth the price of admission all by itself.

Between the Curator, the War Doctor and 12 (briefly) we were treated to three new (kind of) Doctors. It was fun. Certainly it had it's flaws, 7 changing costume especially bothered me, but you can't deny the love that went into that.

And did anyone else think that last scene could have been taken from the In Print Verse? 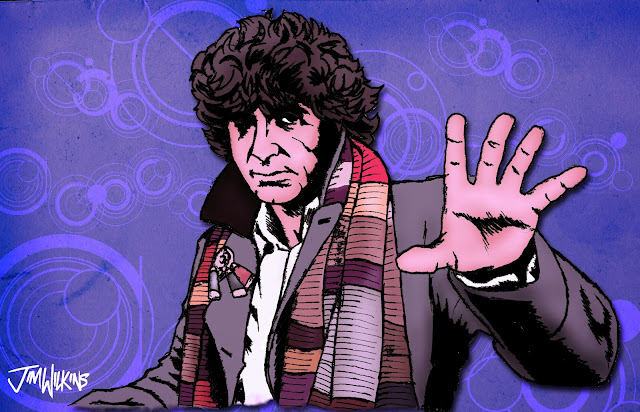