THE PROP CUPBOARD OF OBSCURE DOOM... 6 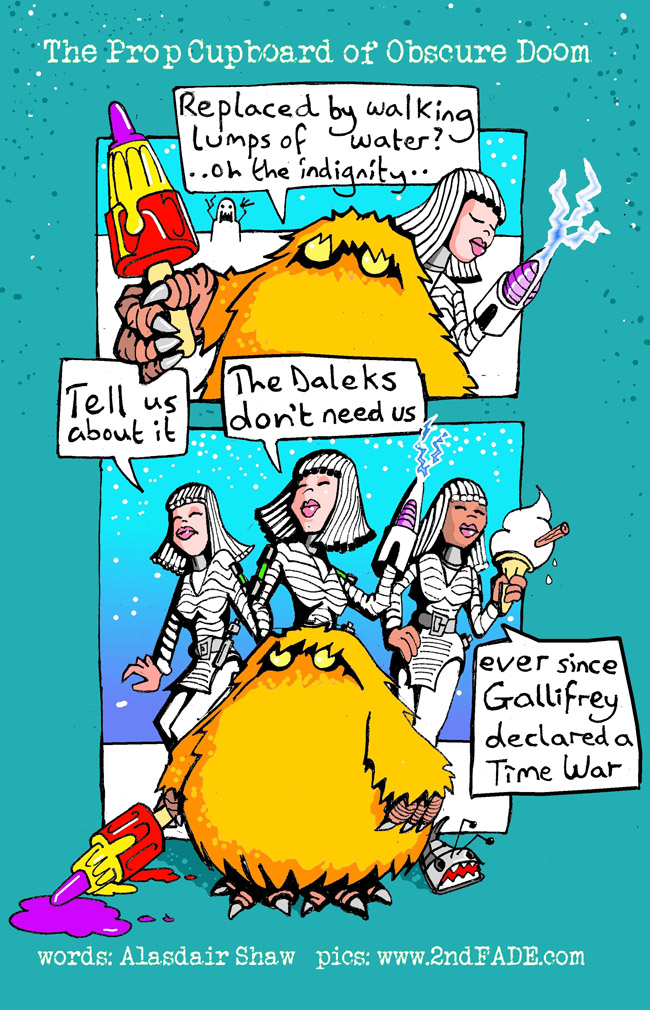 No Infinites this week. It has been far too long since we brought you some exploits from the Prop Cupboard and we've had this one in reserve for quite a while now. So here it is. You guys get to enjoy it and Nesshead gets an extra fortnight to get started on his contribution to the 50th Anniversary. I got some preview art from it the other day and you guys are going to love it!

Todays strip was initially the second part of one script, you've already seen the first part, but 2ndfade has so much fun with the visual aspects of my scripts that it ended up spread over two strips. At least that's my recollection, 2ndfade may remember it differently. 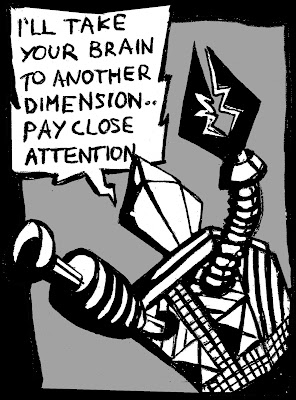 Either way it does highlight some changes in tone between the Classic Series and the New. The Movellans just wouldn't work in New Who, their design is very much of their time. I still think the Yeti could have worked and would have been scarier than the CGI Snowmen we ended up with, but at least there was a nod back to the Great Intelligence's roots.

The Time War with the Daleks had it's beginnings in the Classic series, Genesis of the Daleks in particular, but I always wondered how they hoped to take on the Time Lords given that the Movellans fought them to a standstill.

By the next time I see you I am hoping to have had my copy of Scream of the Shalka delivered, so expect some thoughts and comments about that to be voiced. Hopefully they'll do Curse of Fatal Death next. 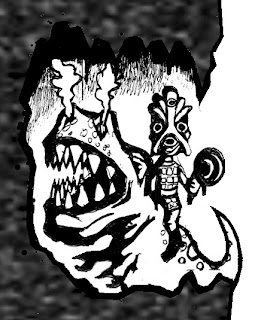