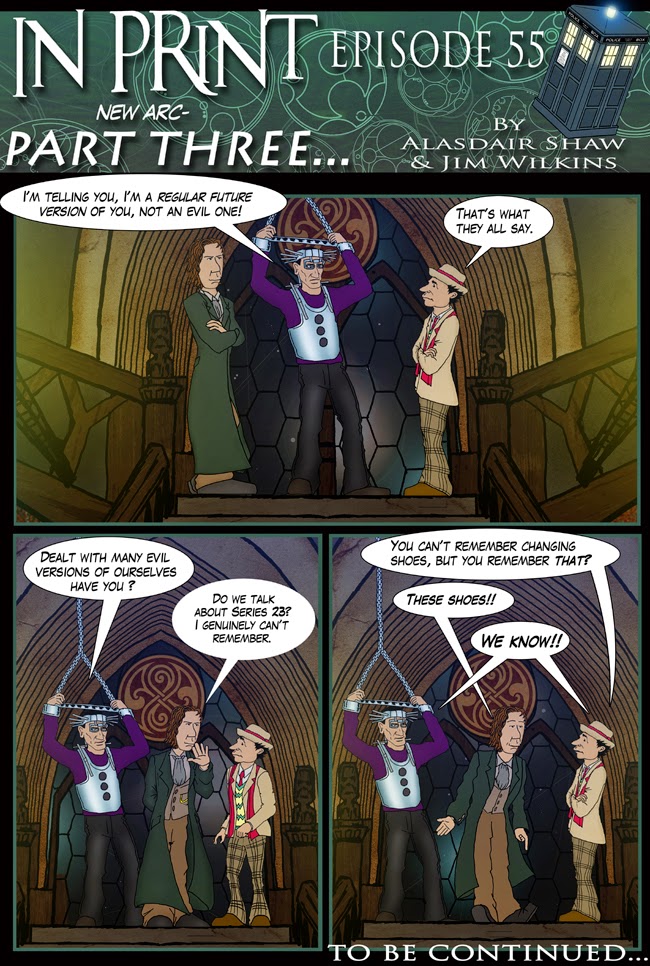 Actually we don't tend to talk about Series 23. Mostly because it was a dark time to be a Whovian; The Trial that made up that series was more than a little metaphorical and its extended suspension was in serious danger of becoming cancellation.

Colin Baker gets a lot of the blame for what happened, but he just hasn't earned any of that blame. I love what he did with the material he was given at the time and Big Finish has shown us the heights that his Doctor could have reached given a proper chance. His recent reading of the Rings of Akhaten hammers that point home even more.

Who else would love to see other Classic Doctors reading New speeches? Paul McGann reciting 10s description of the Time War from The End of Time? Peter Davison reading the Doctors description of who is is from Rose?

But I digress (these shoes!), Series 23 has something else for which it should be remembered the Valeyard. He remains a powerful concept, one that got watered down in last minite editorial changes and confused story points. But he has never. ever, been forgotten. His name check in The Name of the Doctor got me really excited that he may be coming back. Perhaps Michael Jayston could reprise the role?

Next week we have the beginning of The Infinites Anniversary Special and the week after that we reveal the name of this arc and kick of the Anniversary celebrations in earnest.

Join us wont you?

Don't forget that we have Twitter and Facebook pages and that you can support us by visiting our store and buying something. In fact there are some interesting items coming to the store in the next few months....