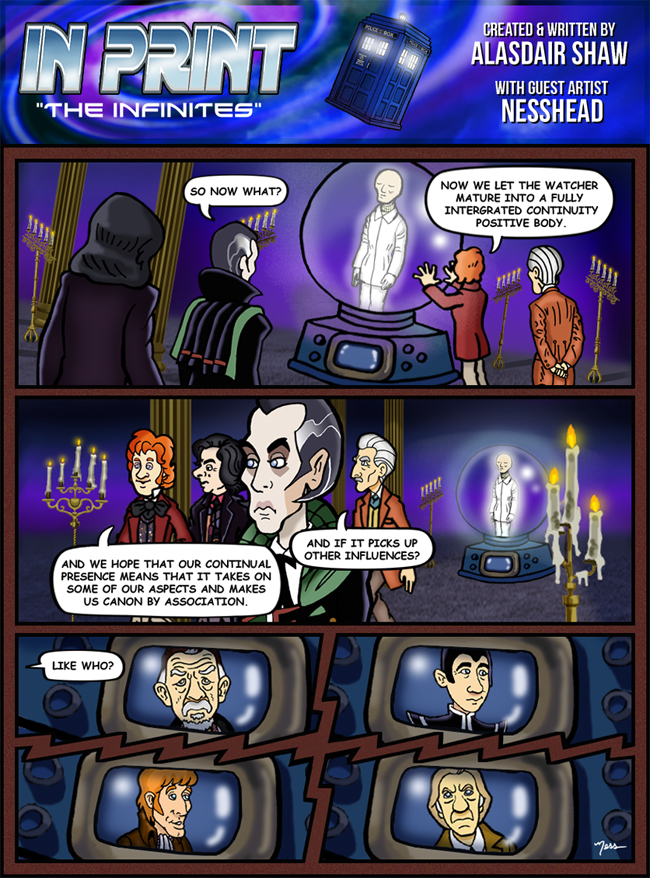 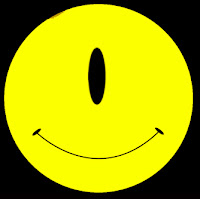 And that brings us to the end of the 'Who Watches the Watcher', and in true classic style we're ending it on a cliff hanger. We'll be coming back to it towards the end of the year, but first we'll be kicking off the Infinites are that will take us through the 50th. You'll be glad to know that the bulk of the strips for the that are written already. Quite how I managed to get them done and miss the concluding chapter of this arc I'll never know, but Nesshead knocked it out of the park in about half the time I usually give him.

So why is the Watcher picking up these four rather than the Infinites I hear you ask?

Well there's been so much speculation about the Hurt Doctor being a future version that the Watcher has picked up on it sub conscientiously. The language used at the end of 'The Name of the Doctor makes me think that he is a past version, but that's by no means been proven yet. Although this observation from Bleeding Cool seems to back up my thinking.

The Valeyard of course has been a future incarnation ever since 1987 and his appearance here would suggest he has something lurking up his sleeve. Perhaps he's not quite as stable as he's been making out...

The ginger fellow is the Ginger Doctor from 'The Last Regeneration' as designed by Lee Sullivan back in 1998. I interviewed Lee a while back about this Doctor and couldn't resist asking to use him in the strip. Lee Sullivan is a bit of a legend in the Doctor Who art world and has been involved in more than a few areas of the Whovian universe. This recent feature on Kasterborous will catch you up if you don't already know Lee's work.

The last potential Doctor is of course the Warner Doctor from the Unbound arc. Why's he here? He's certainly been popular enough, but he's very much a 3rd Doctor. Maybe he's here to foreshadow his increased presence in the strip, maybe it's hinting at an unexpected twist. The truth? Well the last Doctor was meant to be the person that just got cast as the 12th Doctor, but as it turns out Nesshead doesn't know who has been cast. He's actually managed to stay spoiler free, which in this day in age is pretty incredible. I don't know how long he'll manage to go, but I'll be damned if I'm the one that spoils it for him. Maybe we'll update this strip when he finds out.

Please don't forget that we have Twitter and Facebook pages and that you can support us by visiting our store and buying something.