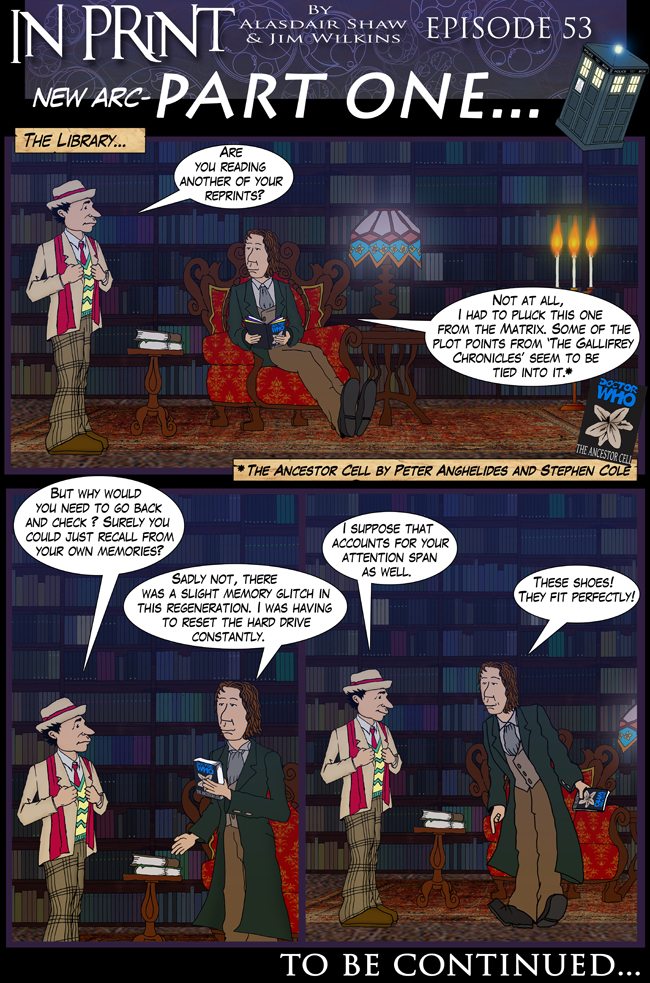 That's not a mistake, we really aren't telling you the name of this mini arc until we get to the end of it. We're pulling the same trick that Marvel did with "The Death of Gwen Stacey" and giving you the title at the end of this prologue.

Prologue? Yup, this is a prologue. In fact it's a prologue to our Special for this year and to give you it's name now would simply be too much of a give away.

I stand by my observations in this strip, for reasons I'll go into once we've done our big reveal.

In other news I owe Terry Pratchett an apology. You guys remember how I referred to Jon Pertwee's Doctor as a "Master of Deja Fu"? I was quite proud of that. So you can imagine my horror whilst at the Ad Lib interview with Terry Pratchett this week (courtesy of my cousin, Graeme) when they had a discussion about phrases that Sir Terry had come up with and Deja Fu came up.

Turns out it comes from "Thief of Time" a book I've read and enjoyed. So obviously the joke lodged itself in my head and came loose when I was writing the "Duelling Time Lords" strips.