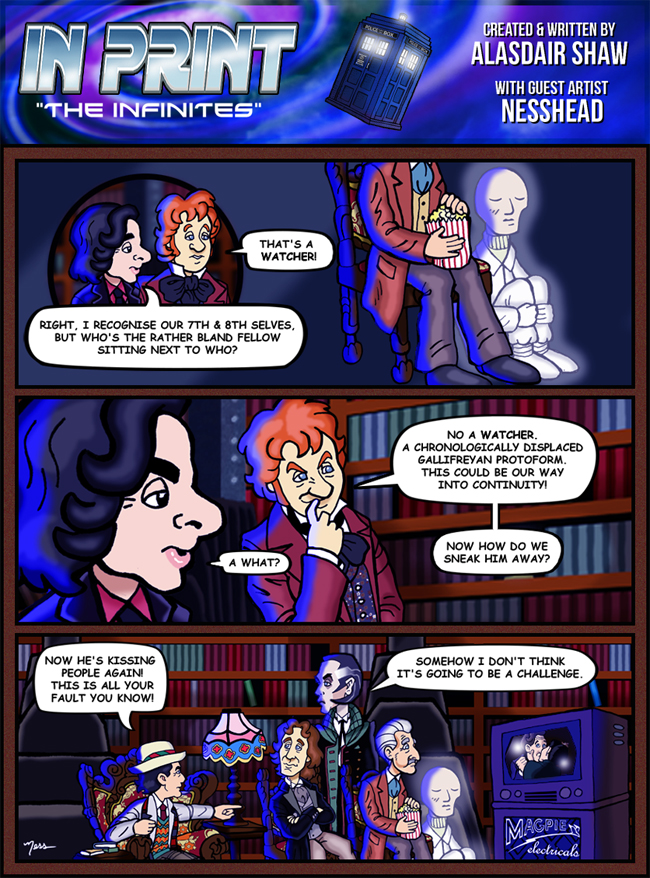 Its true you know, he never kissed anyone before 1996 and it seems to have become something of a compulsion for him of late.

I wonder if the 12th will be quite as guilty of it as his immediate predecessors? I guess well have a better idea about that once hems (or she, I'm really not bothered by gender as long as they play the part well) unveiled tomorrow. Personally I'd be quite happy if the rumours were true about Peter Capaldi, it'd be nice to have a fellow Scotsman back in the role, especially an older one. We'll see what happens I guess. Jim's going to waiting with pencil and paper waiting to see who gets cast...

That's us half way though our crossover, there's one more part from Jim next week and then Nesshead finishes it off for us the week after that. Are you guys enjoying this or should we keep the two strips seperate? Do let us know.