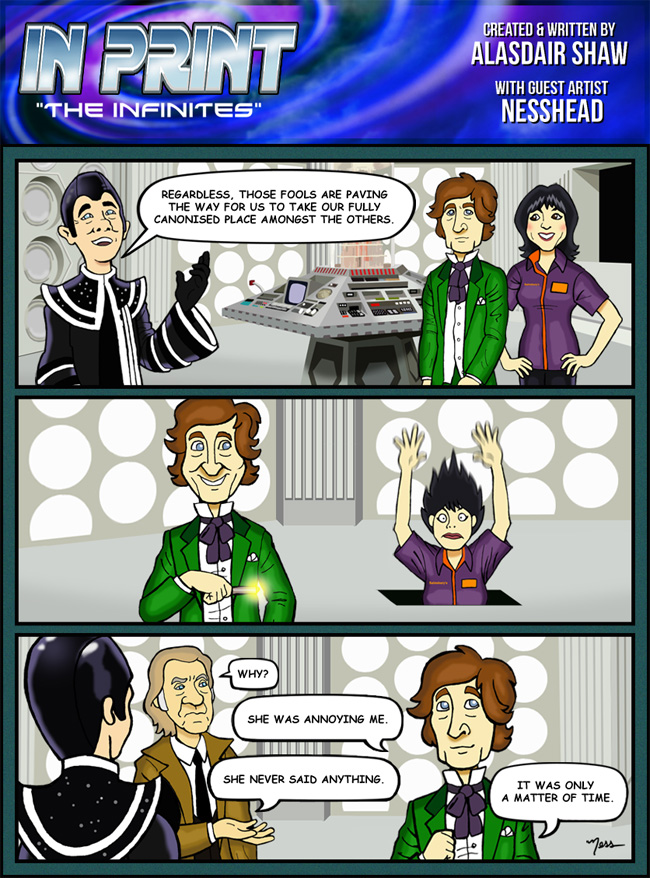 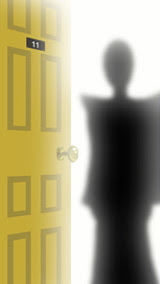 Right, if I haven't made this clear already I'll make it clear now; if you haven't listened to Full Fathom Five

then you're going to want to listen to it soon. Apart from being a fantastic listen it'll also help you to get the jokes we're using for the Collings Doctor. Of course you'll want to listen to Sympathy for the Devil

, He Jests at Scars

as well, but you won't need to listen to get the jokes. They're just good listens and if you use the above links you'll be supporting In Print as well.

Talking of supporting; out friend Mike (whose work has appeared on here before) has just opened his own store on Redbubble. It's worth checking out as it some very cool designs just up.

Next week sees the 50th In Print strip and we've done a celebratory one off strip for it. I'd quite like to see it as a Tshirt in our own store, I'd love to hear what you guys think when you see it next week.

That's about it for me for just now. Just a quick reminder that we're on Twitter and that we're having a poll about your favourite Unbound Doctor on our Facebook page. There's been a problem with voting the last few hours, but hopefully Facebook will have that fixed soon.