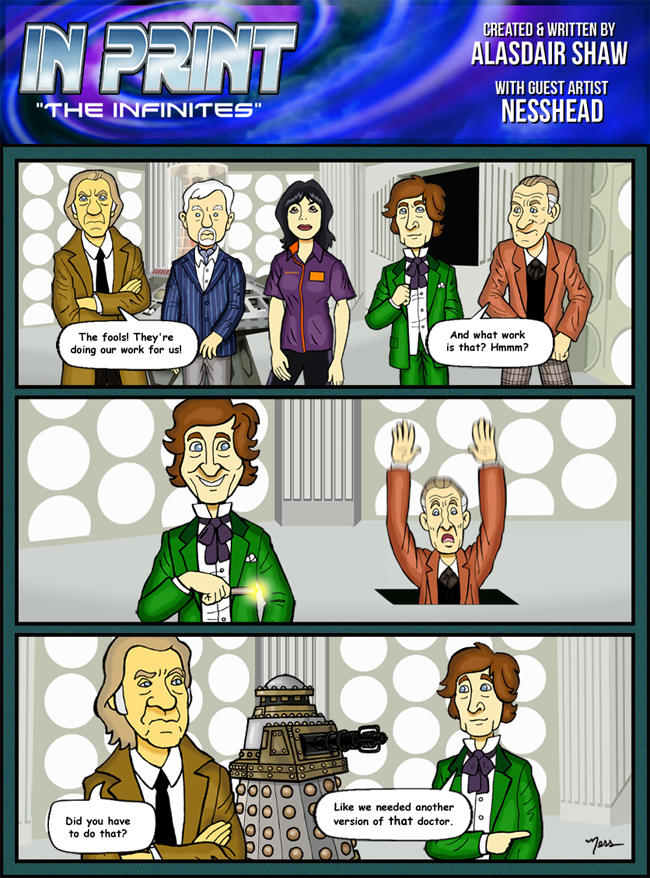 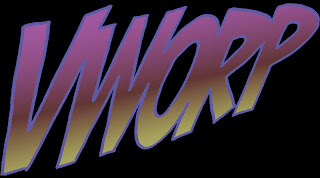 So, who guessed that those shadows belonged to the Unbound Doctors fro Big Finish? Give yourselves  a pat on the back. For those of you that don't know them 'Doctor Who Unbound' was a series of 'What if' tales from Big Finish starring new actors in the role of the Doctor. Starting with Geoffrey Bayldon, who just got shunted down a trap door, played a version of the 1st Doctor that never left Gallifey for example. Other actors (and on actress) that appeared in the range included David Warner, David Collings (who had previously been Mawdryn), Derek Jacobi, Arabella Weir (see a female Doctor isn't a new idea) and Michael Jayston reprising his role as the Valeyard.

Hold on; The Valeyard? Wonder if that has something to do with these guys being in his room... 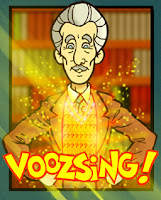 Speaking of the Valeyard and Big Finish, I was very excited to hear about the upcoming release of 'The Trial of the Valeyard' which'll follow on from 'Trial of a Time Lord', at least I was until I discovered it was a subscription only deal until Christmas 2014. So unless Big Finish would like to review it and send me an advance copy I guess I'm waiting till then.

A big thank you goes out to Paul Hanley whose take on the Warner and Collings Doctor was the basis for our versions of them. Thanks, Paul!