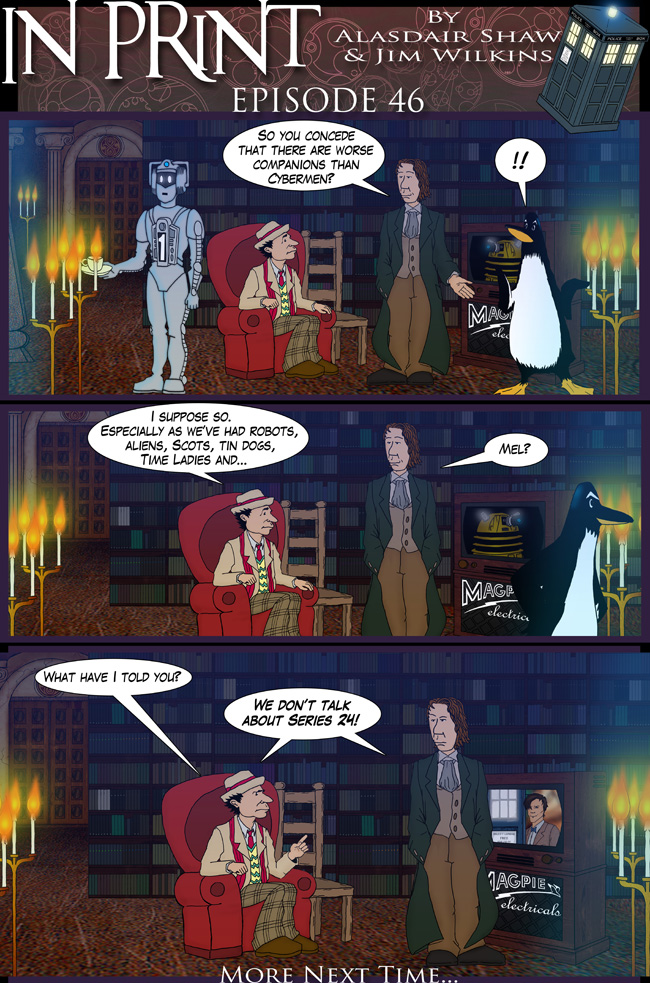 See this is what frustrates me about the companions since 2005; he travels throughout time and space, but only seems to collect girls from the early 21st century? In my opinion the most interesting companions in the last few years have been Jack and Rory. One's a Time Agent from the future and the other a recovered 2,000 year old Auton. To mind that's more in keeping with being a Time Lord's travelling companion. River has been interesting, but I'm not sure if I count her as a regular companion.

Given that the current companion has appeared in two other time periods before being revealed as being from the early 21st century I'm still holding out hopes that she might not be a walking cliché. We'll see I guess.

Hope you guys have been enjoying the Doctors watching the show again. Don't worry there's another arc coming, it might even cross over with The Infinites, we'll have to wait and see. 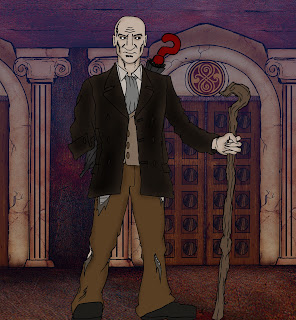 I got a text from Jim earlier this week all excited about pictures of John Hurt turning up on the internet. At first I thought he was just excited to see him appear, but he had a few observations about his outfit that tie into the strip. Mostly because it resembles the gentlemen to the right's outfit. Feel free to discuss his identity in the comments section.

We'll neither confirm nor deny....