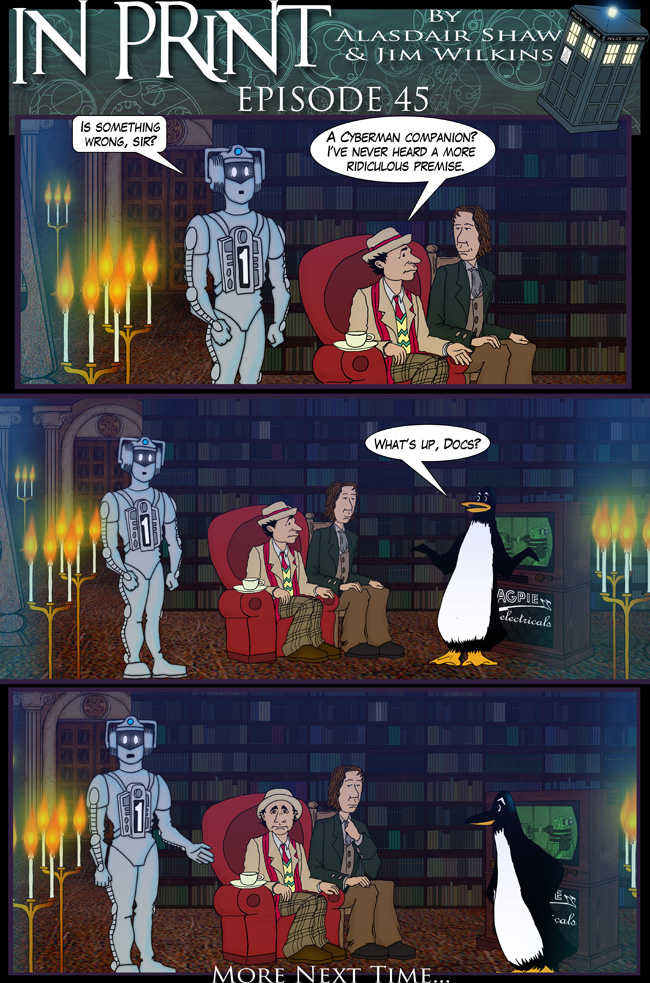 And there's Frobisher. Just when you think we couldn't get any further outfield with our companion references. Just be thankful that I can't think of a joke with Fitz in it. I know Jim is. I have him drawing enough new characters as it is.

But you'll see the results for that in good time.

Frobisher, for those of you that don't know, was a companion of the 6th Doctor in the Comic Strips. He wasn't really a penguin, that was just the form he chose to adopt most, because who wouldn't want to be a penguin?

There's no new Infinites next week as Nesshead is busy with a display of Hanna Barbera Art. You can find out more here. You might even be able to pick up a Nesshead...

So next week and a fortnight later we'll be having some more Tales from the Prop Cupboard. We've had some from 2nd Fade waiting to appear for the last month or so. In fact one of them is a prelude to an upcoming mini crossover between the main strip and the Infinites.

Did everyone enjoy 'The Bells of St Johns'? I know I did, I especially enjoyed the surprise cameo from one of our own cast as The Great Intelligence. Nice touch.

Tonight's looks as if it might be distantly related to 'The Pyramids of Mars', which can only be a good thing in my opinion. 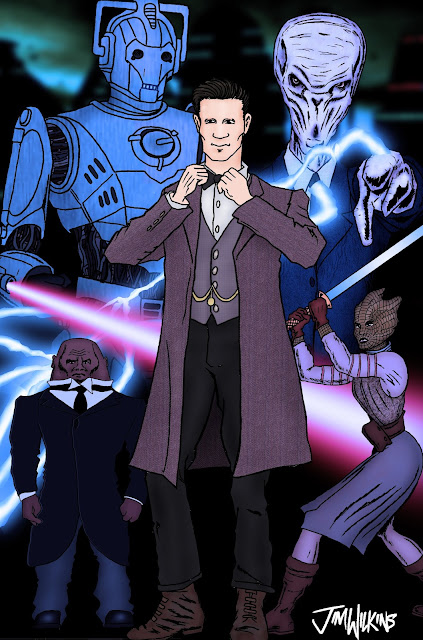