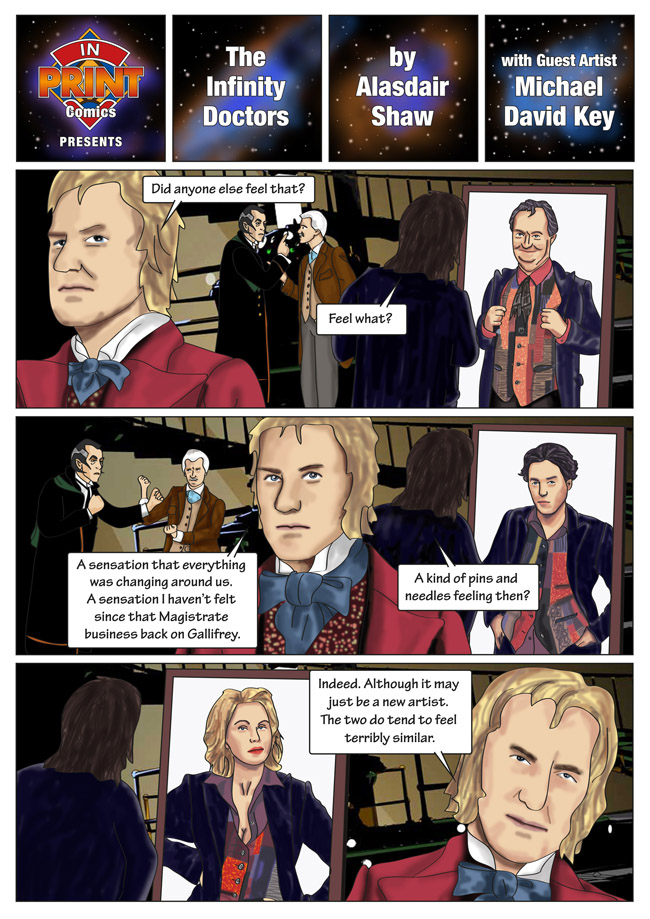 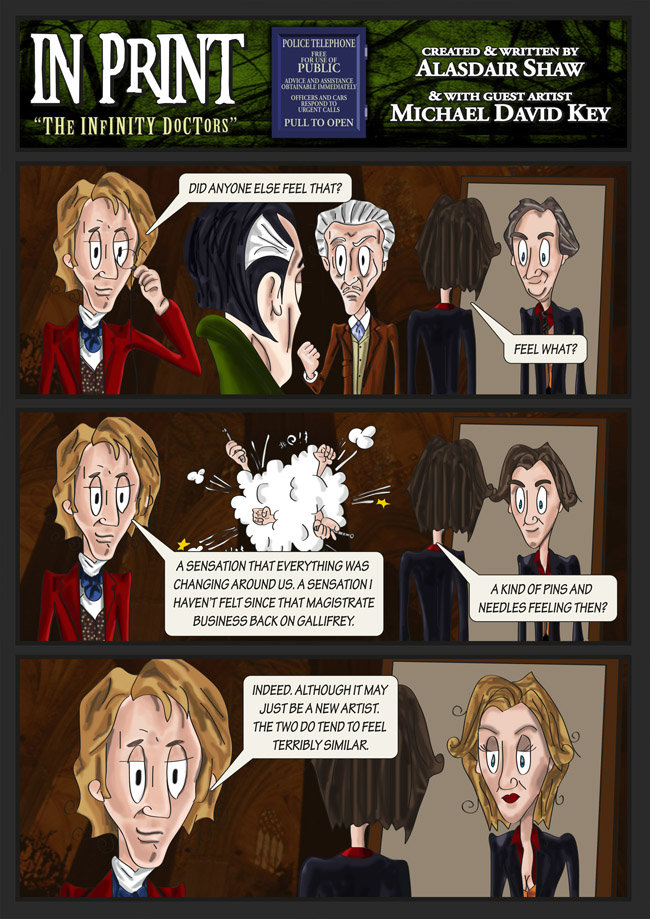 Episode 42 will be with you next week. Myself and Jim have been up our collective ears in family stuff what with it having been Christmas and all. I would say normal service will resume next week, but it won't. But, more on that next week.

It's nothing to worry about though.

In the meantime we thought you'd like to see some of the entries we had for the Infinity Doctors open audition we had a couple of months back. The two above strips come from Michael David Key, or as most of you probably know him; Mike from Mike's Star Trek and Doctor Who Art page on Facebook.

We loved Mike's entries and were really very sorry not to be able to give the top spot, however Mike is a good friend of the site and you'll be seeing some of his stuff on the site in the coming year. In fact he's already featured on our Christmas Special.

Anyway, I need to be going. I'll see you all next week with some big news.