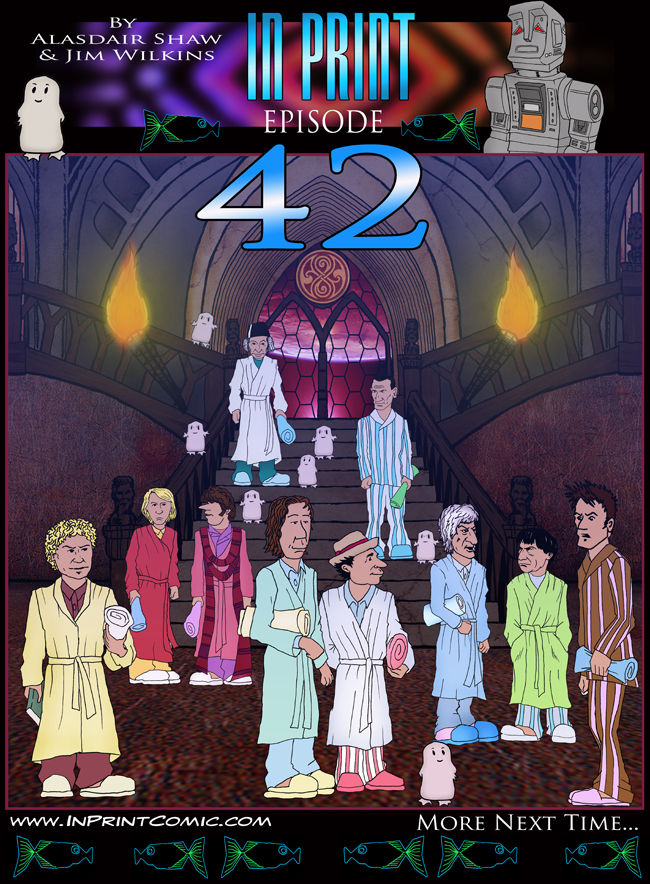 I just couldn't resist some kind of reference to Douglas Adams for strip 42, if you don't get why you then you need to read The Hitchhiker's Guide to the Galaxy. Seriously. 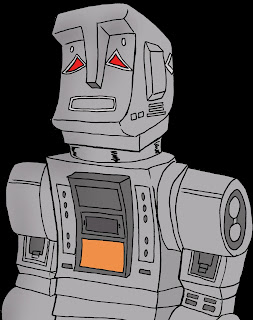 It also marks a nice point for Jim to sign off for a little while. Before anyone panics I'd like to assure everyone that, like James Bond, Jim will be back. Jim and Mrs Jim are expecting a little Jim in the next wee while and whilst he'll still be drawing the strip it didn't seem fair to expect him to meet deadlines as well as all the fatherly duties he's about to encounter.

And he has plenty to be drawing, scripts for the next 3 or 4 months have been written and sent out with the exception of 'The Propcupboard of Obscure Doom', which needs typed up and sent to 2nd Fade. Once that's done I just need to work a bit ahead on 'Dangling Threads' and 'The Wrong Doctor' and I'll be set for my own Paternity Leave

So, Jim's on Paternity Leave for a bit. He'll still be around on Twitter and suchlike though.

Which brings us onto the other bit of news we have for you today.

While we have some filler strips lined up to fill Jim's slot 'The Infinity Doctors' returns next week. The strip itself has regenerated into 'The Infinites' and are drawn by Nesshead now.

We've been working with Ness behind the scenes now for a while and can't wait to show you the strips he's been producing.

So, we'll see you all next week for Nesshead's first strip and in the meantime you can find us on Twitter or Facebook,