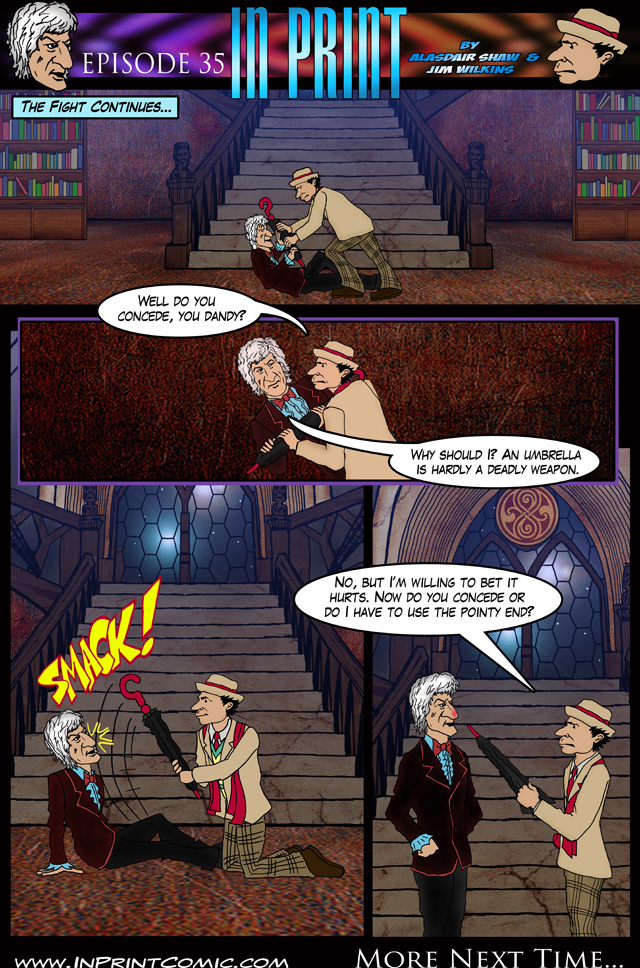 Am I the only person finding it hard to take 3 seriously with a bright red nose? Thought not.

Still that's the fight finally over, but we still have a few plot points to resolve. But you'll need to wait for them as it's the Infinity Doctors next week.

Speaking of which it's still not too late to throw your hat into the ring to take the reigns from Jesse with the Infinity Doctors.

This has been an exciting week for me as another, non- Gallifreyan, project got under way. More details as they firm up.

I really enjoyed the Doctor Who/Farscape crossover last week. Not Farscape? Of course it was. That was blatantly John Crichton with a badge.

Jesse's penultimate Infinity Doctors next week, like I said.

Oh and Sylvestor McCoy is on Facebook. He doesn't endorse or know about this site, but you should all go 'like him' and post him links to your favorite In Print strips with his Doctor in them.

If you're reading this Mr McCoy I'd just like to say you have been and always shall be my Doctor.