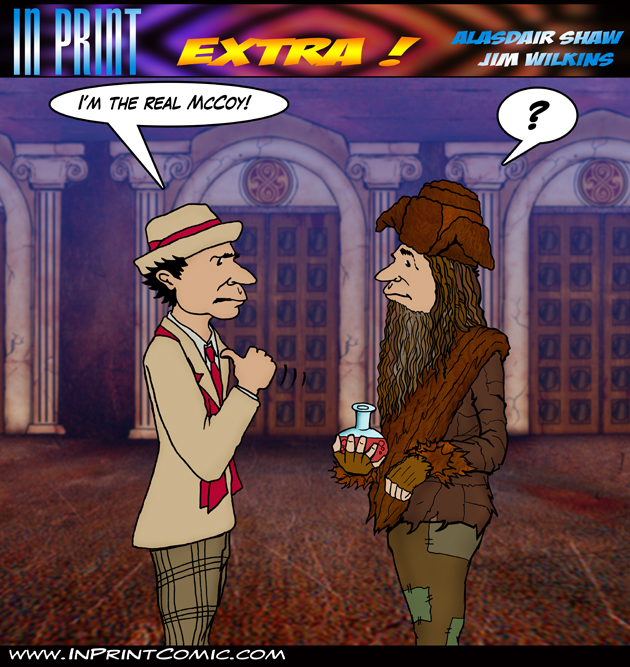 So, you may have noticed that this isn't the Infinity Doctors that we promised you.

Well, Jesse has been swamped with his day job and so we put Plan B into operation. As we mentioned last week Sylvester McCoy has his own Facebook page and posted a photo declaring himself the Real McCoy. So based on that myself and Jim developed the above Extra.

For those of you who aren't Tolkien or Peter Jackson fans (for shame!) Sylvester McCoy is playing Radagast the Brown in the upcoming Hobbit series of films

I was excited enough about these films before that particular bit of casting. I really can't wait now!

Getting back to Who for a moment, I was pretty disappointed with last weeks episode. The pacing just seemed way off to me, although I was delighted to see Kate (Lethbridge-) Stewart becoming part of the televised universe.

Tonight's episode looks as if it'll be a proper show stopper. Fingers crossed. 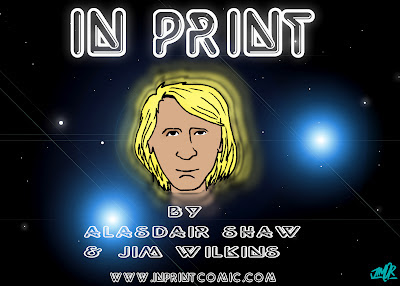