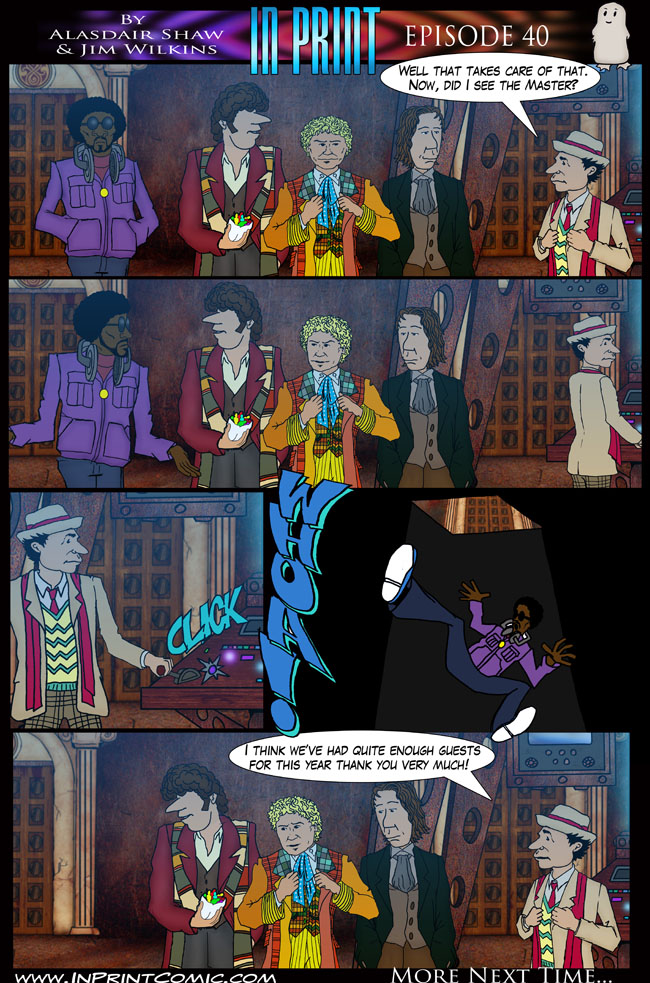 Ah yes, Seven and Eight. Didn't they used to star in this strip?

I seem to have gone off on a bit of a tangent of late, but don't worry; it's all part of the plan.

This week marked 49 years since Doctor Who appeared on our screens and this time next year we'll be in the middle of a full swing celebration of the half centenary. In fact our plans for this year coming are so epic that myself and Jim have already decided to forego the Christmas Special in favour of a Giant-Sized Anniversary strip  instead. All the dangling plot threads will come together as we celebrate 50 years of our favourite Time Lord.

But you'll still be getting a Christmas Special this year. It's coming together nicely. So nicely in fact that Jim hasn't stopped Emailing me pages from it since last night. Not that I'm complaining you understand, I don't think I'll ever tire of seeing scenes I've written come to life. 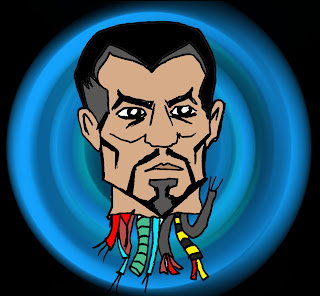 It's not just Jim though. We have a range of contributors for this year's Special and I really don't think any of you will guess what the nature of them.

In other news DJ Foo has followed in Colin Baker's footsteps and been voted off. DJ and Hartnell's Wig have been the two break out stars this year going by the feed back we've received so far. Let us know in the comments if you'd like to see the DJ back in the thick of things.