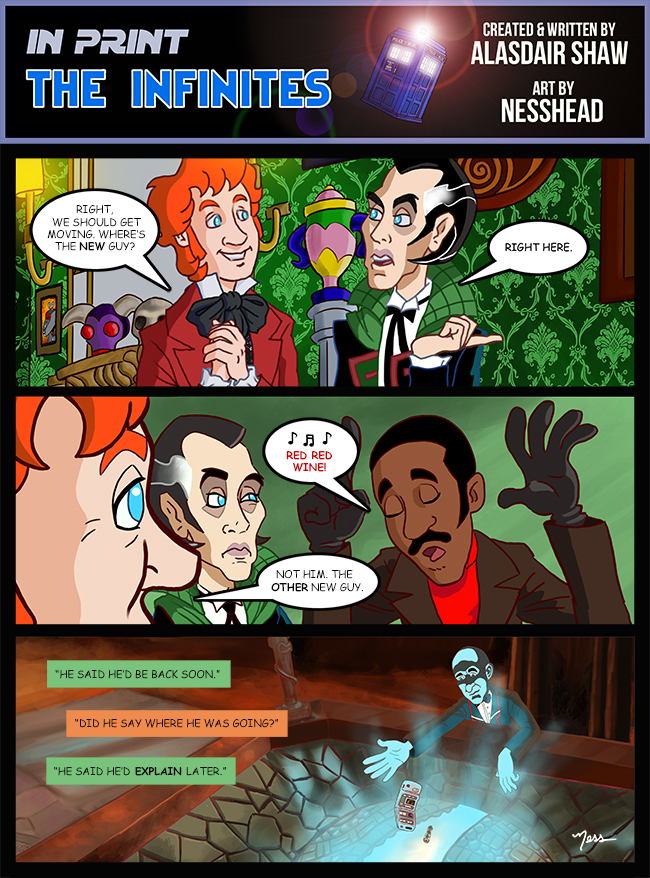 Ok that's three Doctors that appeared as one off jokes a while back that are in today's strip. Granted the EMH is getting tossed into the Eye of Harmony, but still...

I used to read other cartoonists blogs and author's notes and scoff at the idea that characters could take on lives of their own and persevere despite the author's wishes.

Well, that's me one of them now.

In other news Nesshead seems to have abandoned paper and gone digital. Pretty, isn't it?

That's all I've really got for today. Except that an idea for a future plot point occurred to me as I was typing this.