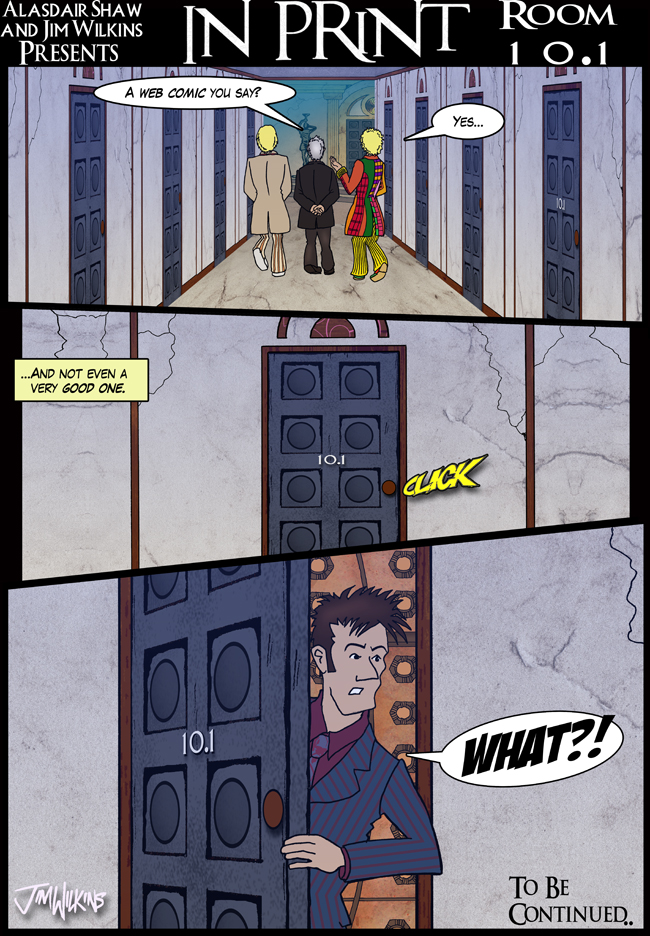 Five years ago today Jim and I were nervously watching the stats back on the DWRS website to see if anyone was reading the first ever In Print strip. Thankfully people were enjoying the strip and five years, 102 strips, umpteen specials and some additions to the team later we're still going.

There's been the odd bump along the way. Babies, illness, divorce and life will have that effect, but through it all we've kept going and there's no reason to think I won't be copying this entry five years from now to use in our 10th anniversary!

In other news I'm sure you've all heard that the new Companion is being announced today in the middle of something called a Fut baal mitch. I'm sure I'll find out through Facebook afterwards...