IN PRINT - 'SOMETHING' NATURE Part 6 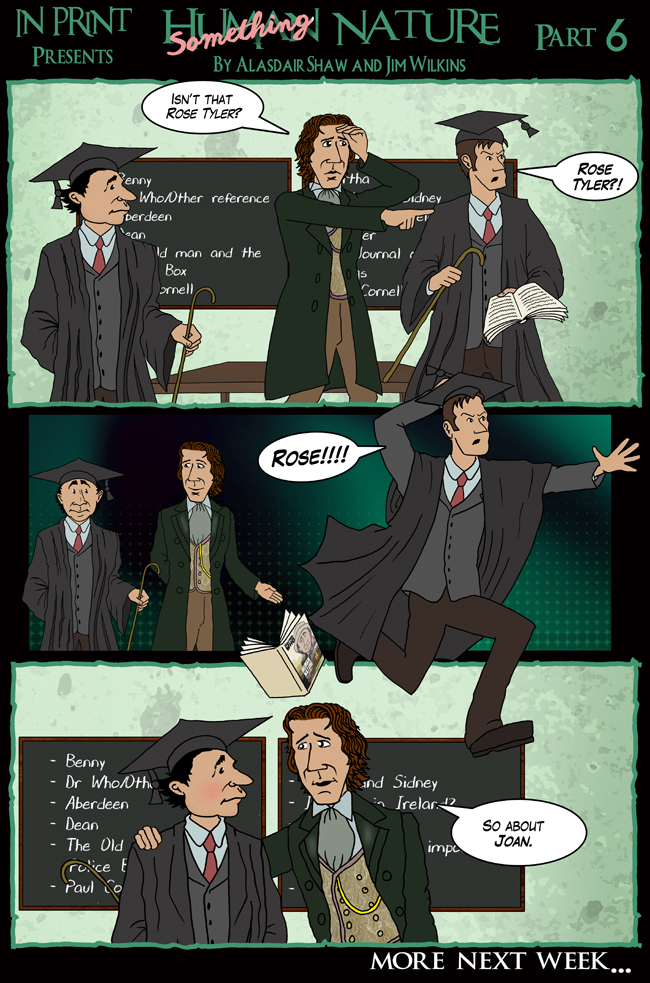 Ah yes, after all the abuse 7 has given 8 and 10 about their respective romances it's about time one of them confronted him about Joan.

We're approaching the end of this arc, which means a return to the Infinites soon. Which is slightly concerning as I have written the next few strips, but I haven't typed them up and sent them to Nesshead yet. And I've been tidying up my house since I wrote them. Once I've finished this blog I'm off to see if I can find them. Please keep your collective fingers crossed!

I was at the Glasgow leg of the Symphony Spectacular last night and had an absolute blast. Even if Peter Davison kept insisting that David Tennant and Steven Moffat came from Glasgow rather than Paisley. I may not belong to Paisley, but I do stay there and didn't overly appreciate that lack of distinction. But that's pretty much the worse thing I can say about the night.

I was meant to be out with the Glasgow Doctor Who Society after the concert last night to celebrate one their members turning 30, but a bug from earlier in the week meant I had to skip it. Still, hoping to catch up with all of them next Sunday. Presuming of course I'm not frantically Emailing every artist I know looking for a filler strip because I can't find the next one for Ness....