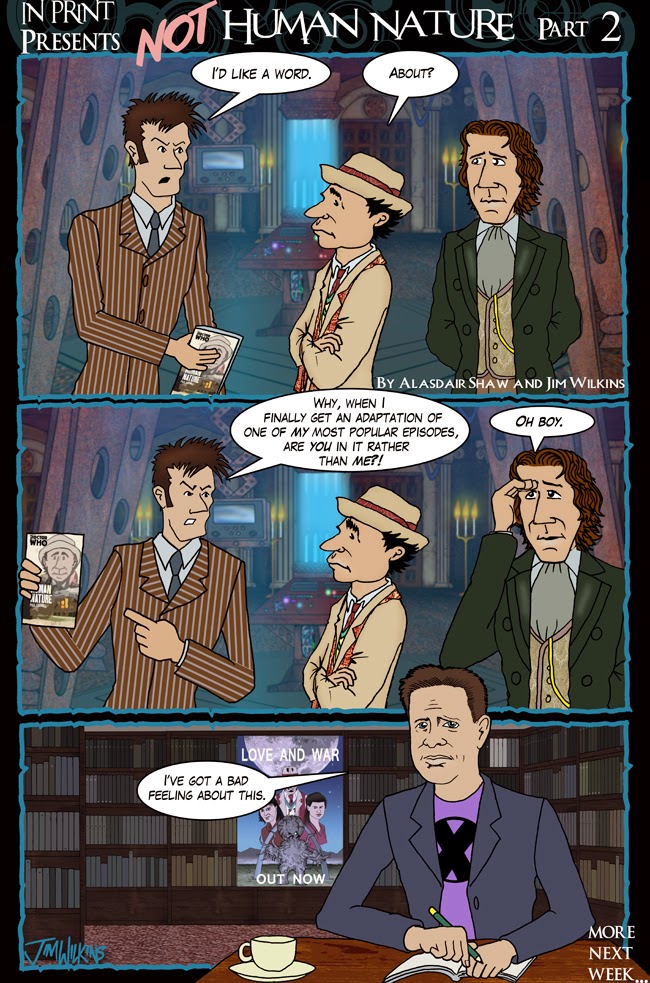 'Human Nature' does raise a number of issues regarding continuity and just how the NAs fit into the overall continuity.

I'm not even going to try and address them, that's a minefield I'm not prepared to on a Saturday morning. All I'll say is that my own, personal, take on it is that the events of the novel got wiped out during the Time War and history hates a vacuum.


The initial script had the last panel set in Mr Cornell's office. Jim decided to put him at a signing at my local Waterstone's either because he likes subtle nods or because he's not stalkery enough to know what Mr Cornell's office looks like. Incidently 'Love and War' has been out on CD for a while. The fact the poster is still up either suggests particular things about just when this strip is set and how much time has past since the Christmas before last when we were last here or that the Glasgow staff are really bad at changing displays. I know the answer of course, but I'd never say anything unkind about people who have their own Dalek.


Right, I need to get moving as I'm actually meant to be in Glasgow in about an hour and a half. See you all next week.