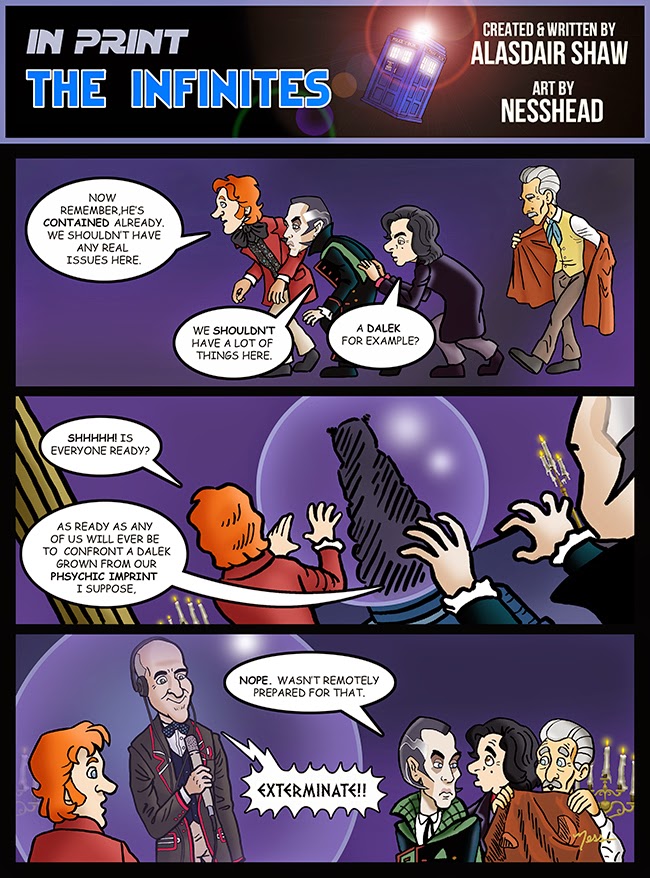 Yes, the Cushing Doctor is about to throw his coat over what he thought was a Dalek. The Doctor has previous form in this regard, check out the opening episode of 'The Time Meddler' if you don't believe me.

For those of you that aren't familiar with him the gentleman with the microphone is the Nth Doctor as played by Nicolas Briggs in the Audio Visual Adventures in Time and Space. The Audio Visuals were the precursor of Big Finish and quite frankly a model of how sometimes fan fiction and fan fuelled productions can lead on to bigger and better things.

The reason that he's holding a microphone and speaking like a Dalek is that Briggs is now the official voice of the Daleks on New Who. This is going to get complicated. So complicated that I need to write another few strips tonight and send them to Nesshead.

Needless to say I have a plan here and this is the beginning of a series of arcs that'll spread out over the year.