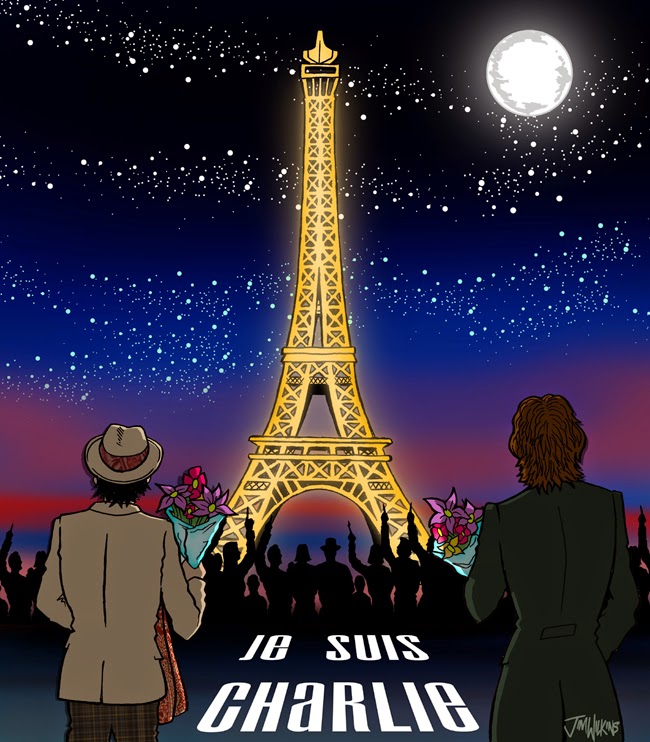 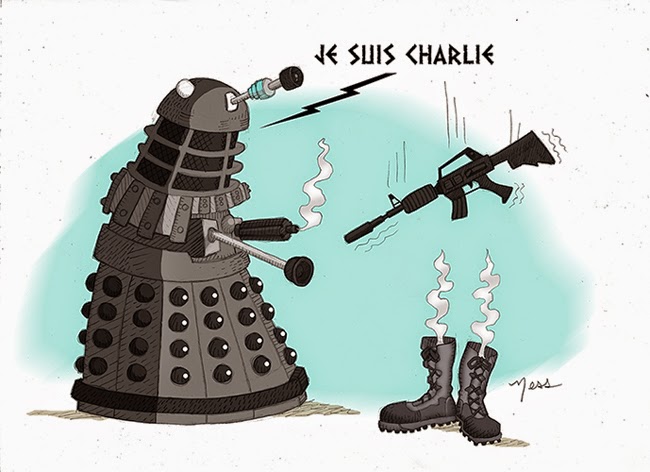 We don't do political. We don't do controversial unless it's within the realms of our favourite sci-fi fantasy show. But sometimes something happens out there in the big wide world that makes us stop, sit up and listen.

On Wednesday 7th January 2015 two gunmen burst in the building of the Charlie Hebdo offices in Paris and killed several member's of staff including journalists and four cartoonists. For those who don't know, Charlie Hebdo is a French satirical newspaper published weekly featuring cartoons, reports and jokes very anti-racist and left-wing in tone. They would publish articles on the extreme right, Catholicism, Islam, politics and culture. Recently they published a number of controversial Muhammad cartoons sparking criticism.

The reason behind the attack? Freedom of speech and expression. The words Je Suis Charlie has been adopted across the globe as resistance to those who threaten the freedom of self-expression.

We dedicate this weeks strip/blog to those who have lost their lives in Paris this week and to show
that we must never be afraid to write/draw and stand up for we believe in.