IN PRINT - The Doctor and his Blue Box-full of Dinosaurs! 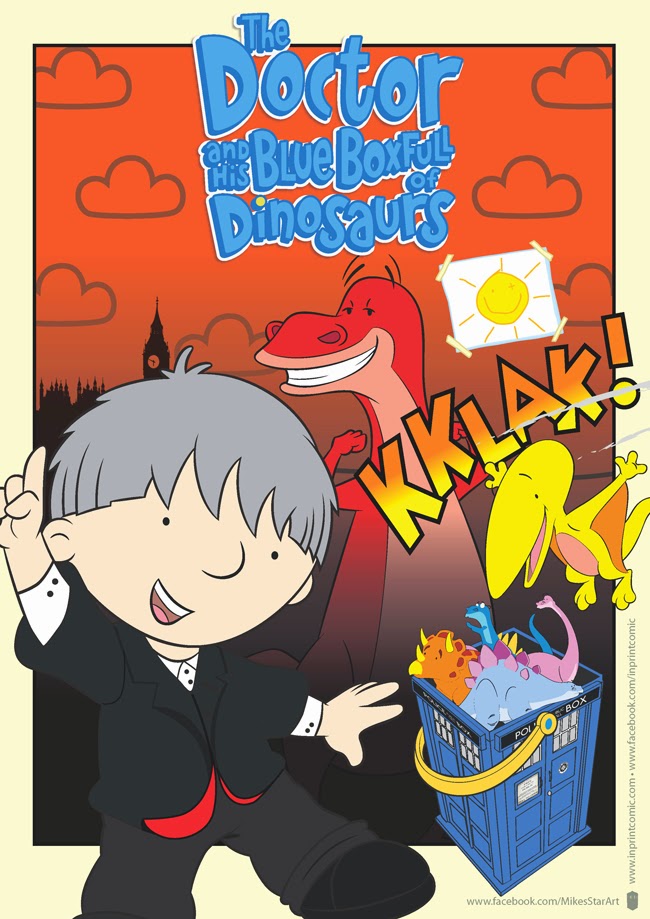 It's amazing how things work out sometimes.

The Bucketful of Dinosaurs was always going to get used during Mike's run, except that before last week we'd planned to use the 2nd Doctor as he was the one that Harry most resembled. 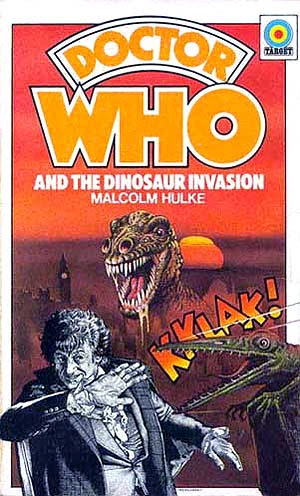 And then we saw 'Deep Breath' and we just knew that it should be the 12th Doctor that should appear instead.

Shortly after that I got an Email from Mike pointing out that this would be a great chance to pay homage to the Chris Achilleos cover of 'Invasion of the Dinosaurs'.

Mike was, of course, absolutely right.

Speaking of 'Deep Breath' I'd just like to take the opportunity to say how much I enjoyed it. And not just because it finished on Buchanan Street in Glasgow. There is fact a blue police box on Buchanan Street, I used to pass it everyday on my way to work before I changed jobs. In fact it's pretty much the only thing I miss about the commute to Glasgow.

The rest of the show was fun as well. There were a few lingering elements from the 11th Doctor, but I'm confident that's meant to be part of the evolution of the Doctor as 12 establishes his own identity. Apart from the chemistry that 12 shared with Clara the highlight for me was when 12 defeated the half faced man purely by talking to him, it had a feel of the 7th Doctor about it, Although the 7th would never have pushed anyone out of a balloon himself. Time will tell on that one.

Anyway, I'd best be going. Keep an eye on our store as there may be variations of today's strip appearing there in the near future.