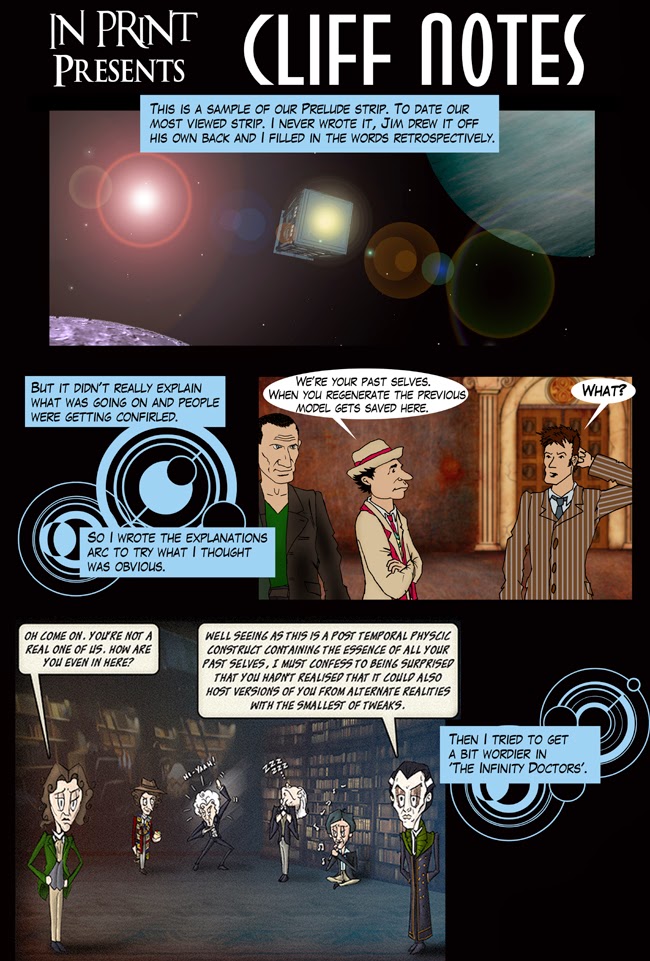 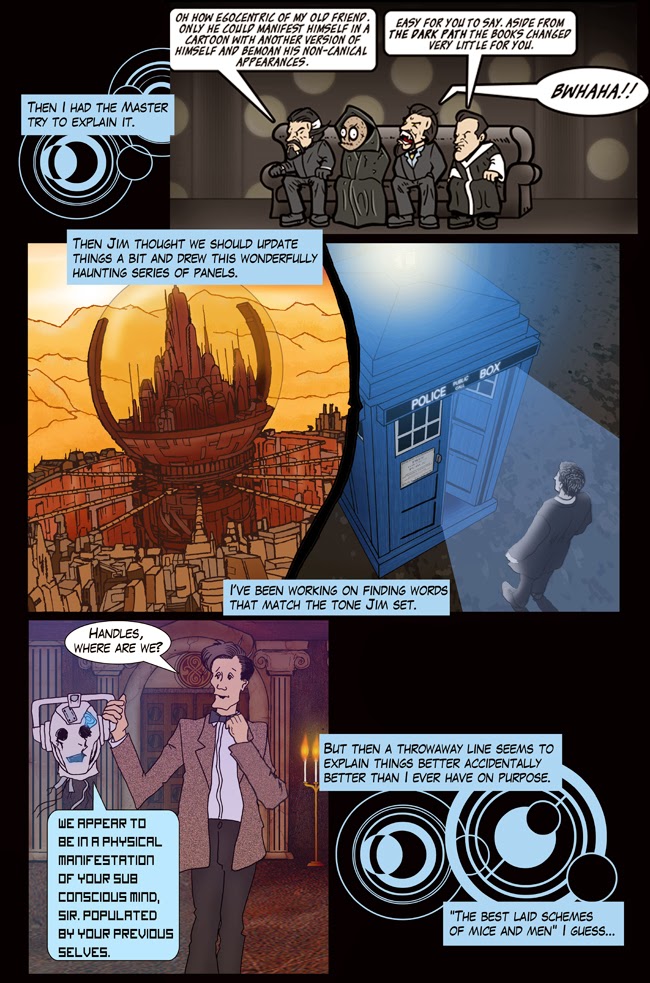 I honestly hadn't thought too much about it when I first started coming up with the idea of 'In Print'. I just knew that I loved the old multi Doctor stories and the fact that the Doctor can never get on with himself. I'd just finished re-watching them all, mostly because I'd read 'Cold Fusion' by Lance Parkin shortly before that and it had made me nostalgic.

Lets all be thankful that it wasn't Paul Cornell's entry for the 'Timewyrm' series instead, if I'd read that before I started doing 'In Print' then I would never have started.The trip into the Doctor's mind in that book is very, very close to how I see the strip's reality working, although Paul's version has more ambition and scope. That and some of the imagery featuring the poor 5th Doctor just wouldn't work for the humourous tone of 'In Print'.

Luckily though I read 'Timewyrm: Revelations' months into the strip's run. I spent about a fortnight panicking about it though.

Anyway, the point is that I just plonked 7 and 8 down in the TVM TARDIS and figured that people wouldn't question the logic of that given that this was a blatantly non-cannon comic strip.

I underestimated the pedantry of Whovians.

The above strip chronicles my various attempts to explain just what's going on. Although Handles puts it most succinctly, my favourite remains the Shalka Doctor's explanation.

In other news I've been reading 'Engines of War' the last few days. It's not been sold as such, but it is definitely a PDA. It ticks all the boxes; features a past Doctor and is published by the BBC. I'm halfway through and loving it so far. If I'm reading it right it also features a semi regular member of our cast, but I'll confirm that on Gallifrey Base once I've finished reading it, not before.

Plans are still a little in flux for next week, but rest assured we have a Plan A and Plan B. So there'll be something new for you guys. See you then!