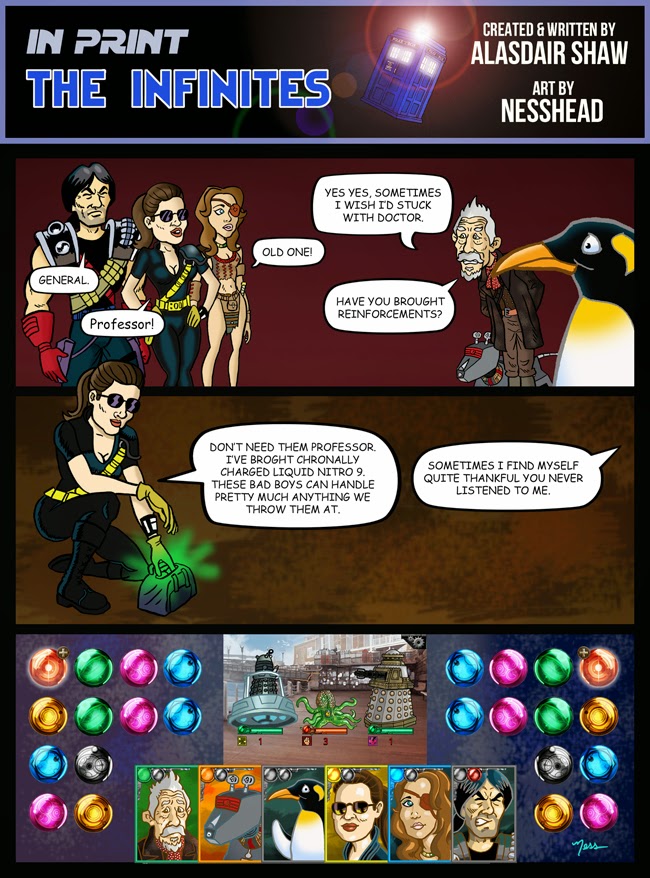 Now wouldn't that be a very cool team to have on Legacy? At this point in the time the only ones of them actually available is the War Doctor and K9, although we've been promised Ace in the reasonably near future.

Perhaps we should start the campaign for Frobisher here and now. What's the worst that could happen? 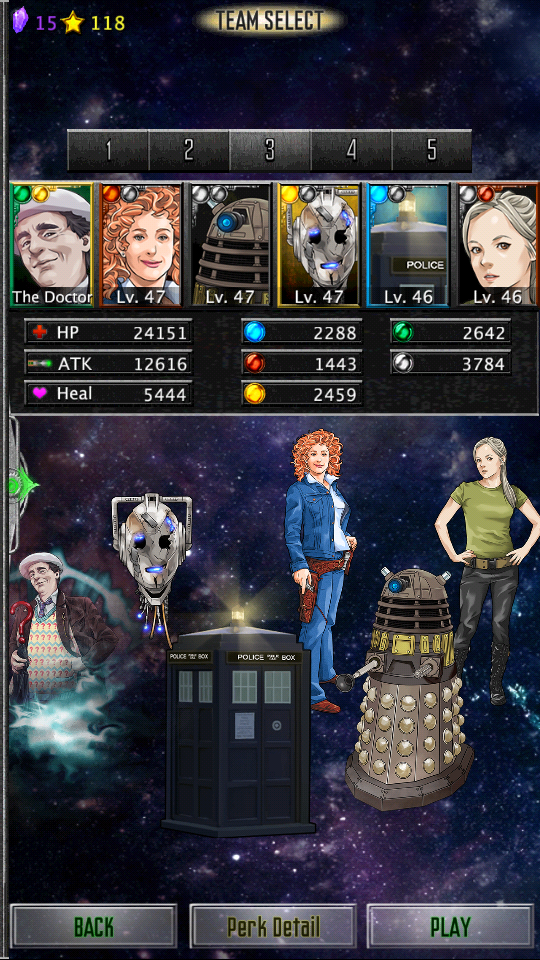 For those of you who have been wondering, and indeed those who haven't as well, I've included the team I've been playing with.

I keep feeling the urge to make up an 'In Print' team, but you can only have one Doctor and K9 is the only character available that's really been in the strip.

Unless you count the Adipose. You may have noticed that Jim likes throwing them in every chance he gets. But that still leaves us a good bit off getting a solid 'In Print' team put together.

Anyway, time I was moving. Next week sees the return of Jim with 'The Fall of the Eleventh". It'll see two new cast members joining us.

I wonder if either of them appear in Legacy...?