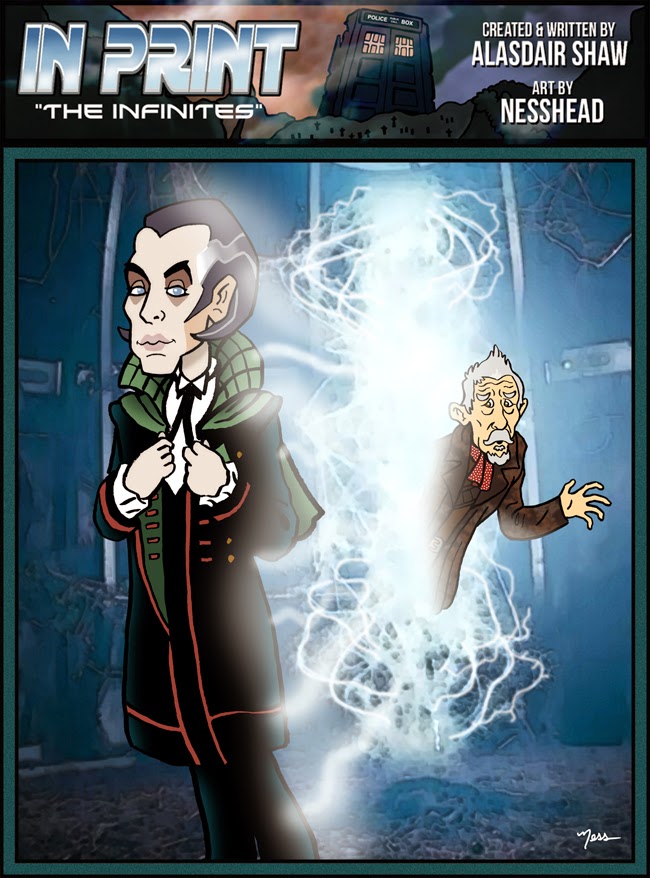 This is exactly how 'The Name of the Doctor' ended in my head. The Great Intelligence emerged as the man who become known as the Shalka Doctor dragging the War Doctor out with him.

Of course the now that the Doctor regenerated instead of dying on Trenzalore means that his grave never really existed at all. Which would annoy me except it now means that 'Alien Bodies' can kind of be canon again. At least in my own personal canon.

Anyone else been enjoying 'Doctor Who Legacy'? I must confess that when it was first ran past me as part of the DW Consumer panel that I wasn't excited at all, but I'm more than happy to admit that I was utterly wrong about it. I'm currently trying to get one last time crystal so I can get the Doctor multipack that includes 7 and 8 as well as the War Doctor. Also it turns out that Jesse dropped a Legacy comic strip into my Dropbox about 2 months back and I never noticed. It made me laugh very, very hard. We'll need to find a place to run it soon.

Speaking of Jesse, we're also starting to progress Dangling Threads again, although I think you'll all be surprised at the direction we're taking things.

I'd like to remind you all that we now have a Facebook group for In Print. Please come and join us as it's the only way to be sure to receive updates on the strip.