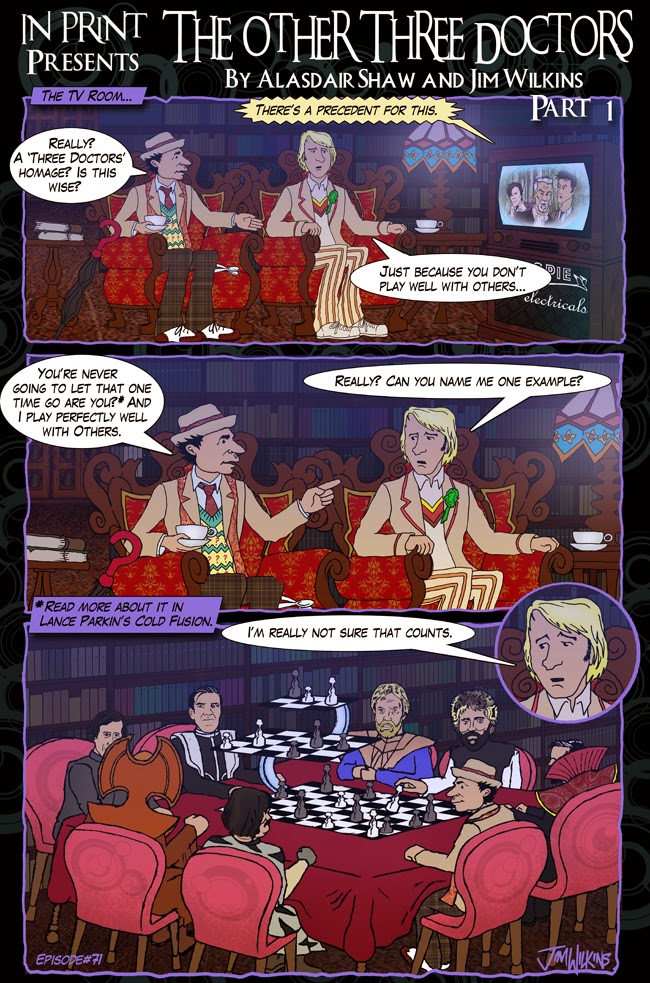 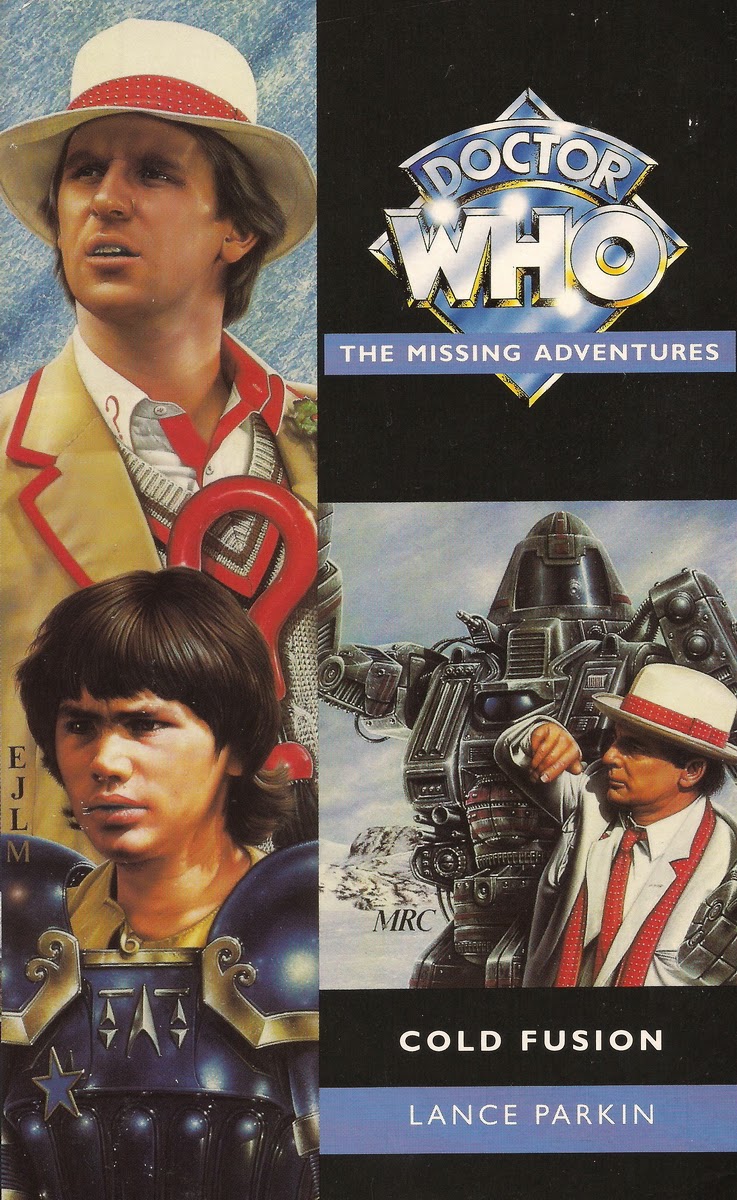 If you haven't read Cold Fusion by Lance Parkin then you're missing out. It was, in my opinion, the best of the Missing Adventures and is one of my favourite Who books ever. I can't go into too much detail of what I love about it without spoiling it for you, but all you need to know for todays strip is that it features the 5th and 7th Doctors and they don't get on as well as they could.

Mind you when does the Doctor get on with himself? Most multi Doctor stories have him at odds with himself even if he usually does manage to work with himself in the end. 'The Day of the Doctor' was just the most recent example of this. 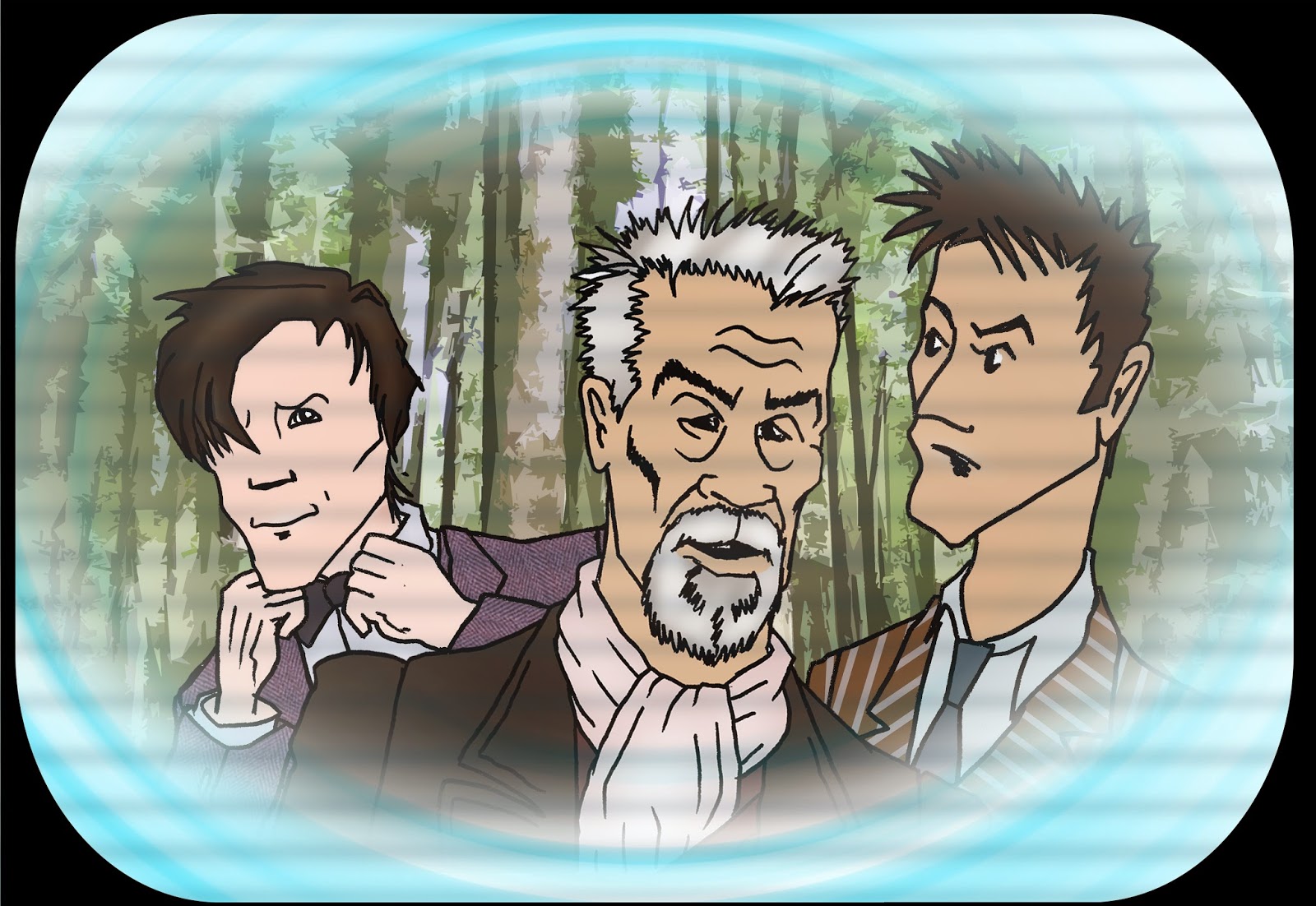 And there's the Others back as well, this strip is just packed with book references this week isn't it? I'm enjoying getting more of them in. Actually that last panel is Jim's version of this strip drawn by Nesshead. There you go, our very own mini crossover...

We should take a moment to appreciate how fortunate we are as a fandom in the wake of the news from the Star Wars Expanded Universe this week. Star Wars fans have lost whole lines of comics and books this week as Disney reset what counts as continuity leading up to Episode 7. Whovians might argue (and we will) about how canon the 91-05 books are, but at least they've never been officially struck from the record and a show about time travel can afford a little play with it's continuity. Uncle Walt's people have managed to wipe out more generations of Skywalkers than the Emperor ever could. 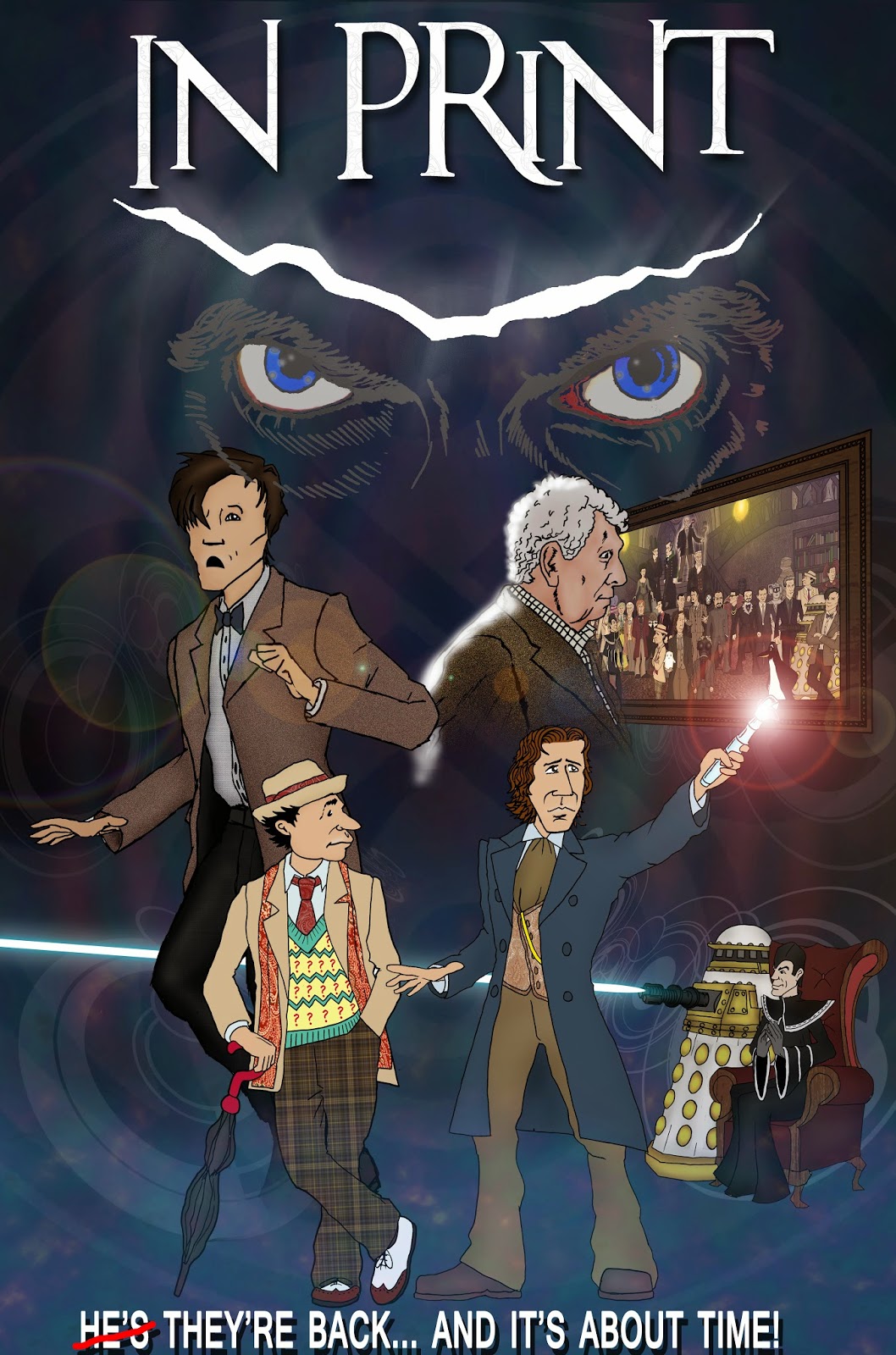 In other news today marks the start of the 2014 arcs from In Print. Jim's put together a poster to mark the occasion. We easily influenced if any of you want it as a Tshirt or poster.

I have some fun plans in place for this year and I can't wait to see Jim, Nesshead and 2nd Fade bring them to life.There might even be another run from Jesse if all goes well.

It's going to be a fun year I think.

Oh and a quick reminder that Jim has created a Facebook group for In Print. I would urge you all to join it, especially if you've not been getting all of our updates. We've found that although we have about 5,000 of you liking us on Facebook that each update tends to reach less than 200 of you. Being part of the group means that you should see each and every update. We've also been showing off pre-strip sketches and alternate designs for some characters. Come and join us, it's going to be fun!