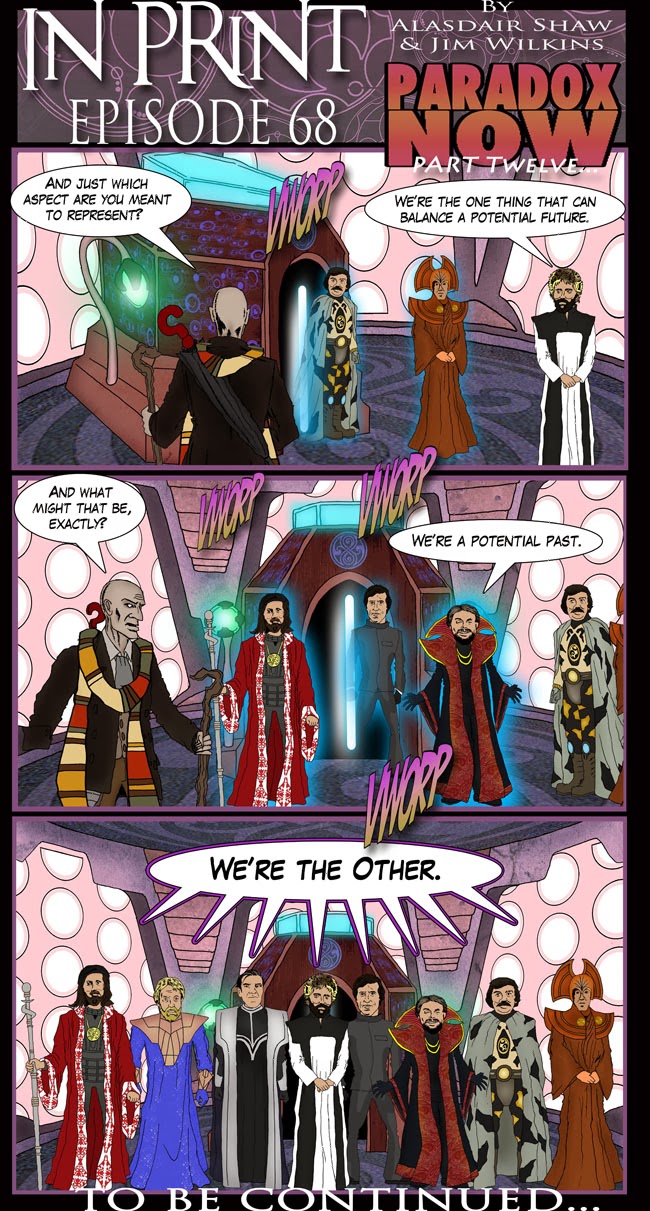 We lost Christopher Barry recently, one of the Founding Fathers of Who. Even a quick scan of his resume tells you need to know; 'The Daleks', 'The Daemons' and my personal favourite 'The Brain of Morbius'.

In fact 'The Brain of Morbius' is what makes today's strip so sad in terms of timing, apart from directing it Mr Barry also made a brief appearance of 'The Morbius Doctors'. For those of you that don't know these Doctors appeared during the Mind Bending sequence and were originally inteneded to represent the first eight (and unseen) Doctors, making William Hartnell the 9th Doctor. It didn't take however and by the time of 'The Five Doctors' Hartnell was back to being the original. An unsuccessful attempt was made to bring in some big acting names to play the first eight Doctors, but in the end eight members of the Production team stood in instead, Mr Barry included. 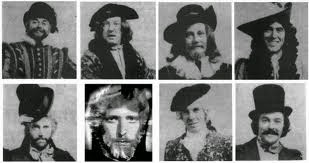 So that's who the faces belong to. Their clothing comes from different Gallifreyan eras and we owe a massive thank you to Sasha Lipinsky for photoshopping the faces onto the costumes to give Jim and Nesshead a good photo reference to draw them.

The Other is a character from the 'New Adventures' who may or may not be a previous incarnation of the Doctor. The reveal of this character lead to the assumption by many fans that the eight faces belonged to him.

We'll see more of them next week.

In other news Nesshead is currently wondering around Gallifrey One! If you see him feel free to go up and say hello, he's mostly tame these days.