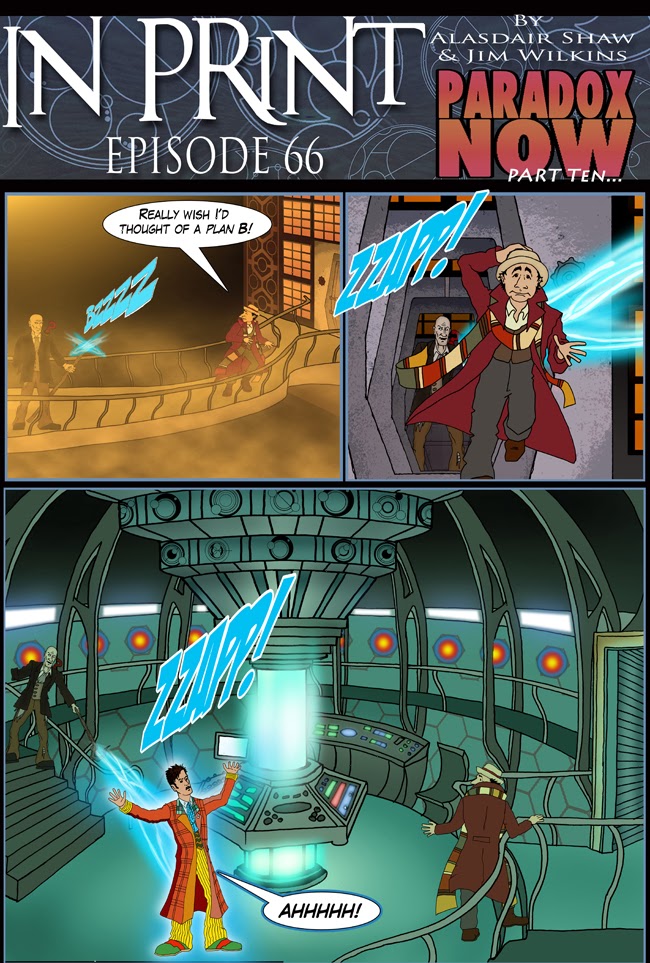 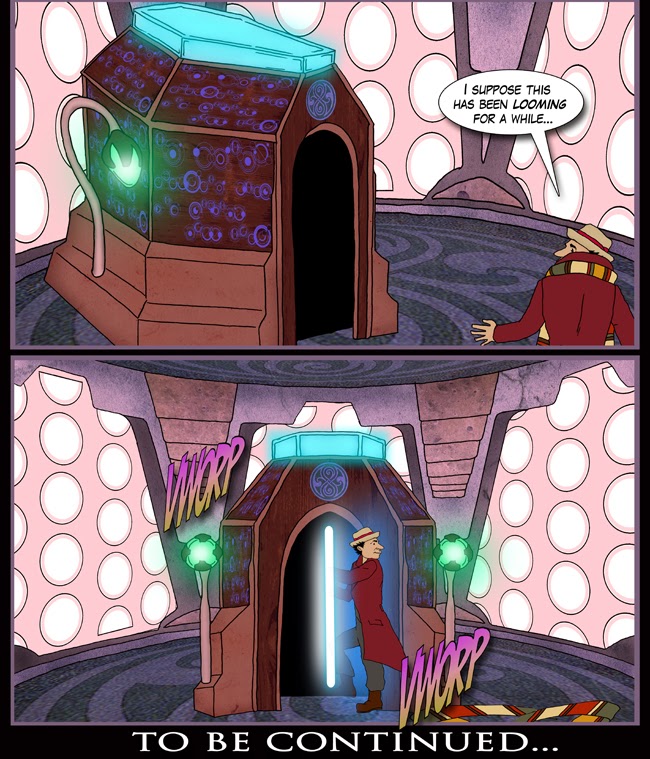 I was going to discuss the TV Christmas Special, but since I'm not utterly convinced you've all seen it yet and I'm pressed for time this morning I'm going to leave it for just now.

Instead I'm going to encourage you to try and guess what the last surviving member of our regular cast just jumped into. It shouldn't be hard to guess to be fair. Although descriptions of it were really hard to track down I think Jim's done a great job of bringing it to visual life.

Speaking of Jim, he's taken on himself to try and get one last strip to you before the end of the year. So, keep your eyes open and you might just see another strip on New Year's Eve. Whatever happens you'll still see the debut of mine and Jesse Lax's holiday arc. I'm excited about bringing this to you as it begins setting up In Print for the coming year. 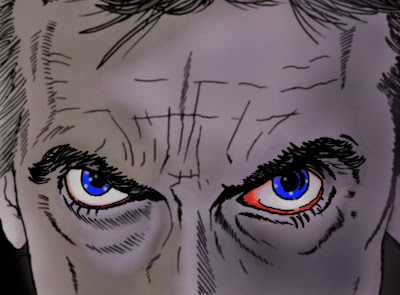 So, did you guys miss us having a Christmas Special this year? \We'd love to know as it may (or may not) influence our decision about what to do next year. And speaking of next year we're looking at a slight change of format. Rather than have Jim and Nesshead alternating on a weekly basis (with 2ndFade's Prop Cupboard turning up here and there) we were contemplating doing complete arc runs at a time. How would you guys feel about getting 4-6 strips at a time from the same team? Your opinions really do matter to us.

In other news I have something pretty big in the pipeline and I'm hoping to be able to bring you news of it early in 2014 although if you follow our Facebook and Twitter pages you might already have worked it out from some posts I've made there in the last few months.

Anyway, hope you all had a Merry Christmas (where applicable) and are chilling as I type this. See you all in either a few days or next week.